October 13— Many young Ugandans remain unemployed not because jobs are not available, but because they […]

October 13— Many young Ugandans remain unemployed not because jobs are not available, but because they lack the hands-on skills that can make them competitive in the job market. 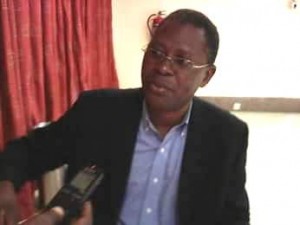 Giving young people the right skills is what Badagawa believes is the best option to help them get jobs.

“What the labour market needs is different to what training/teaching students are offering to the students. No one is going to employ them if there are not bringing any value,” Gideon Badagawa, the Executive Director of the Private Sector Foundation  (PSFU) has said.

He said this is mainly because most institutions, especially universities focus on the theoretical part of learning while ignoring practical skills due to poor planning as well as lack of equipment.

However, he said this challenge is being addressed by the government in partnership with World Bank and PSFU through the Skills Development Facility grants (SDF).

PSFU is implementing the project on behalf of the Ministry of Finance Planning and Economic Development. The main aim is to help in promoting employer- led short term training and correct the skills imbalances and shortages in Uganda.

Badagawa  said, “Uganda has one of the least labour productivity in the world. This is discouraging considering the efforts government has put in providing education. Our education system is not working and that’s why we have an alarming rate of unemployment.”

According to the Frederick Mugisa, the Grants Specialist for SDF, the grants will be offered in four windows. The first window will involve the skills shortage in the formal sector. The money will be given to medium and large enterprises that offer internship and training programs to students.

Under window 2 is aimed at the informal sector by targeting the self employed and apprentices, especially small scale enterprises. Window three is for institutions that are developing innovative training programs, while window 4 will be for prior learning mainly for industry organizations, trade unions and training institutions that can build testing and accreditation centres.

Badagawa said, “With these grants, we want to facilitate training institutions, industries and companies that can offer internship training to students especially in areas of agriculture, construction and manufacturing and other areas that the Grant Committee will find relevant.”

SDF is part of the five-year $100 million Competitive Enterprise and Development Project(CEDP), which is mostly bankrolled by the World Bank together with some government contributions and implemented by the PSFU. The project ends in March 2019.