Ugandan minister to speak in DC 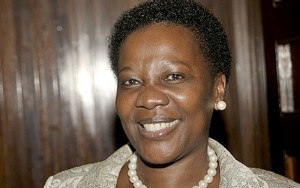 Eng. Muloni will join other African ministers together with over 400 investors and 50 speakers in the investment forum.

February 20–Uganda’s energy and mineral development minister, Eng. Irene Muloni, will speak at the Third Powering Africa Summit scheduled for March 9 and 10 at the Marriott Marquis Hotel in Washington D.C.

This is one of former US President Barack Obama’s pet initiatives directed at encouraging American private sector money into projects that will help close the electricity deficit in sub-Saharan Africa. Emphasis has been on renewable sources like solar. Less than 30% of Africans have access to electricity by way of a national grid.

Eng. Muloni will join other African ministers together with over 400 investors and 50 speakers in this investment forum exploring global opportunities within Africa’s energy and infrastructure sectors.

The Summit will take the form of panel discussions and round tables focusing on sector-specific topics and addressing how bottlenecks can be overcome to drive forward projects.

Maintaining US competitiveness in Africa will be a key theme, setting out how commercial partnerships can deliver energy, create jobs, build capacity and spur industrial growth.

United States House of Representative Congressman Ed Royce, Chairman, House Foreign Affairs Committee has also confirmed his attendance at the 2017 Summit. Chairman Royce was instrumental in passing the Electrify Africa Act which was successfully signed into law in early 2016.

The bill seeks to address the significant electricity shortage in Africa that affects the everyday lives of millions of people. Organizers said his insight into the act and how it will continue to maintain competitiveness in Africa whilst increasing global security and social stability.