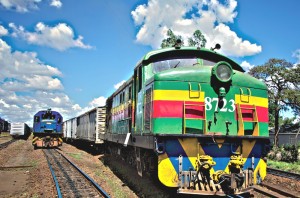 During FY2016/17 Uganda’s economy slowed down to less than 4 percent which was half of the average growth rates seen during much of the 1990s.

Like several other countries around the world, 2016 was also a bad year for Uganda as an extended dry spell hit agriculture and commodity prices on the international market dropped sharply.

However towards the end of 2017 and reflected in successive Stanbic PMI scores showing a positive outlook (above 50) in the private sector, the economy has been slowly shrugging off the 2016 effects characterized by the former dampened consumer confidence.

Industry activities value added grew by 5 percent in Q1 2017/18, a slight improvement from 4.2 percent seen during Q1 2016/17. The main drivers of this growth were manufacturing and construction activities which grew by 3.7 percent and 5.6 percent respectively.

Value added in the agriculture sector in Q1 of 2017/18 grew from 3,248 billion shillings in Q4 2016/17 to 3,256 billion. This was mainly due to an increase in food crop growing. The growth in value added for food crop growing activities was due to improved yields for maize and bananas. On the other hand cash crops growing activities declined by 4.1 percent in Q1 of 2017/18 due to a decline in coffee and tea production.

Industry activities value added grew in Q1 2017/18 from UGX2,724 billion in Q4 2016/17 to UGX 2,805 billion shillings. The main drivers of this growth were manufacturing activities. This was mainly due to an increase in beer and soft drinks production.