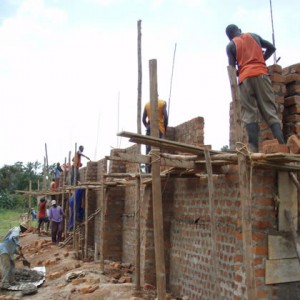 A building boom in Uganda has helped encourage new entrants into the market.

March 13—A building boom in Uganda saw a nearly six percent rise in cement supply during January 2017 compared to December 2016, but prices dropped due to more market rivalry.

According to latest data released by the Uganda Bureau of Statistics (UBOS) on the construction sector, the Net Domestic Supply of cement increased by 5.98 percent amounting to 223,220  tonnes. In 2015, Kampala Cement Limited entered the market previously shared out between Tororo Cement and Lafarge Group subsidiary, Hima Cement.

In January, Daniel Pettersson, the Hima Country CEO said, “The construction sector in Uganda is rebounding as shown by the sustained increase in demand for cement; currently at 10% per year. This is an opportunity to continue to serve our customers in this growing market.”

Dick Wanasolo Wadada, a Senior Statistician at the Bureau said, “Despite the 1.1 percent increment for prices for the whole construction sector recorded for the period ending January 2017, compared to the year ended January 2016, the prices of cement have been going down while local demand for cement has been increasing following the construction boom in the economy.”

Wadada said more competitive market conditions is the main reason for falling prices. “Unlike before where Tororo Cement enjoyed the monopoly in the market, there are many market players in the industry. Hima Cement which would previously export some raw materials for their firm now have an established plant of their own.”

The UBOS predicts an increase in cement production and imports in anticipation of the outlays that will come in the wake of the National Housing Policy which was launched in October  2016. The policy lays out a blueprint for bridging the housing deficit.

He said, “Tororo Cement which was almost the sole supplier also increased their production capacity. The market has been invaded by new market players like Kampala Cement all who have to compete for the same market share.”

“While there is a noticeable demand in the increment of demand produced locally and imported, the economy is not expanding at the same speed, so in order to remain relevance in the market and with increased competition among the market players, the prices of input materials like cement have to go down, if the market players want to retain their market share,” Wadada said.