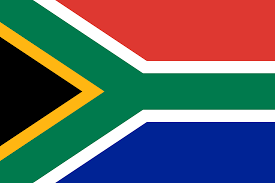 Pressure is mounting on Uganda’s ministry of foreign affairs to retaliate against the Republic of South Africa for its treatment of Ugandan applicants for South African Visas.

In a post on social media, Amos Wekesa, the proprietor of Great Lakes Safari’s reports that many of the Uganda tour operators that booked to attend this year’s edition of the Indaba travel show had been denied visas.

“Indaba is the third most important tourism exhibition in the world after ITB and WTM in London. The Ugandan tour operators go there every year to push for business and denying Ugandans visas is a very shocking act by  the South Africans,” Wekesa said adding that many had already made advance payment for accommodation, transport and exhibition fees to their South African hosts.

“Last month, millions of shillings were lost to South Africa after many were denied visas trying to attend WTM, Capetown. Its economic sabotage by South Africa who are happily reaping from us Ugandans. They repatriate so much money from our economy back to their country. What Uganda government should do is denying their business people visas into Uganda as well. They walk into our airport and get visas at the airport without any hustle. They should be made to taste their own medicine like they are doing to us. Lets wake up if this economy is to grow at all,” Wekesa’s post reads in part.

“Uganda must be rallied to boycott South Africa companies until their government wakes up.”

Wekesa also lashed out at Ugandan bureaucrats for remaining indifferent to the plight of their countrymen when they should be leading  the fight for fair treatment of Ugandans by foreign embassies.

Alongside the United Kingdom, South Africa, is notorious for its erratic treatment of Ugandan visa applicants. Even applicants with a solid travel history are often randomly denied visas  for which the fees are not refundable.

Social media was awash with anti-UK vitriol last week, after prominent timber grower and former legislator Sheila Kawamara was denied a UK visa on the pretext that she was likely to become an illegal immigrant if she was granted entry into the UK.