Home » Business » Uganda will be selling diversity at ITB ’16

Uganda will be selling diversity at ITB ’16

KAMPALA, FEBRUARY 16-The Uganda Tourism Board will be pitching the diversity of Uganda’s tourism product during […] 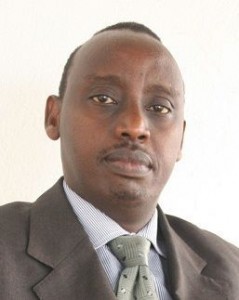 KAMPALA, FEBRUARY 16-The Uganda Tourism Board will be pitching the diversity of Uganda’s tourism product during the 50th edition of the ITB Berlin tourism fair next month.

Uganda which will be represented by 18 exhibitors at the fair that runs from 9th to 13th March will be exhibiting under the tagline “Gorillas and so much more,” reflecting  a renewed push to break away from gorilla mono-tourism.

Although it constitutes only a fraction of what Uganda can offer, the endangered mountain gorilla half of whose surviving population live in Uganda, has tended to crowd out other attractions and visits to the primates account for the single largest block of foreign tourists to the country.

Uganda Tourism Board CEO Stephen Asiimwe says though Uganda is a prime destination for those interested in primates, there is much more on offer including 11percent of the world’s bird species; the source of the world’s longest river, the Nile; Africa’s highest mountain range- Mt. Rwenzori; the world’s largest tropical water body, Lake Victoria and abundant wildlife in the parks.