Uganda uses IDs to save $7m on annual government payroll

June 5, 2018—Last week, the Uganda government announced the deletion of about 4000 employees from the […]

June 5, 2018—Last week, the Uganda government announced the deletion of about 4000 employees from the payroll after cross-checking data gleaned from their National Identification cards and a forensic audit done by EY, the international accounting firm. 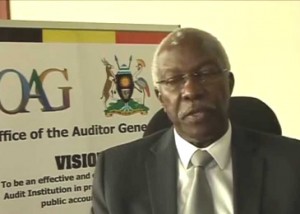 Six years ago, the AG, John Muwanga, called for a special audit over concerns about the legitimacy and accuracy of the government payroll.

National IDs began to be issued in 2015 in the wake of a countrywide registration campaign. Figures show, the government has made savings of UGX24 billion (almost $7 million from this cull during the past year.

According to documents made available to 256BN, the government has plans to integrate the national ID with a variety of databases, including the Uganda Revenue Authority (URA), the Uganda Bankers Association, mobile network operators, and credit reference bureaus. However, one of the earliest uses has been to help eliminate payroll fraud.

In the late 1980s and with pressure from the multilateral donors, the government retrenched several thousand civil servants to help cut a runaway wage bill as it adopted the so-called restructuring of the economy. By the mid-nineties amidst a rapid annual growth rate of 7% and above, the beginnings of a hiring spree emerged creating loopholes for wage bill manipulation.

A decade ago, the Uganda government public sector pay-roll was padded by employees who either did not work or did not exist, because some of those who signed off on payment of wages and salaries had found a way to make easy money and there was no way to verify this theft of public funds.

Six years ago, John Muwanga,  the Auditor General (AG) called for a special audit of government salaries and wages over concerns about the legitimacy and accuracy in the numbers of employees on the payroll.

The special audit came up with 7588 cases of people who had died, absconded or left the service due to various reasons but who were still getting paid every month.

In June 2012, the AG passed on the report to the public service ministry who then deleted all of the 7588 names from the payroll before requesting the various accounting officers to verify the status of these people. In time, responses were made to these inquiries and it was seen that some of these employees were  indeed genuine and existed.

The public service reinstated them, a number that eventually reached 5322 of the original 7588.

Meanwhile, Bbeginning in 2014, the AG also began collecting the biometrics of civil servants as part of a payroll audit to address irregularities uncovered by a forensic report. This job was soon taken over by the public service ministry, which incorporated this biometric data into its Integrated Personnel and Payroll system. Once the national ID coverage reached a sufficient level, the ministry was then able to cross-check its existing biometric records against the national ID database.

Between September 2016 and June 2017, some 307,916 public officers were verified using biometric matching. Of these, the identity of some 4,664 officers could not be verified, either because they failed to register for the national ID (and were thus considered to be ghosts) or because their names or dates of birth, (a potential pension fraud area), differed from the information in the national ID database.

These identities were submitted to the Inspectorate General of Government for investigation, and were removed from the payroll. Of the 4,664, some 2,477 had irreconcilable information, and the remainder are still under investigation. This is how the government  managed to save UGX24  billion in the past year.

However EY was keen to recommend, ‘The investigative bodies of Government should conduct an in depth investigation into the existence of not validated records on the Government of Uganda payroll of the affected votes with the objective of identifying the responsible individuals for prosecution purposes and recovery of funds lost through payment of fictitious employees’.