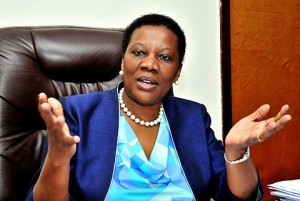 KAMPALA, AUGUST 30 – Upstream development of Uganda’s petroleum sector is estimated to cost the partners an initial $8 billion as the country takes the first decisive steps to move to reserves of crude it discovered a decade ago.

Speaking today during the official handover of production licences for the last two of three exploration areas, ministry of energy officials said the trio of Tullow, Total and CNOOC were expected to invest $8b at the minimum in the infrastructure that will bring the fields to production..

Irish firm Tullow which holds rights to Exploration Area 2 took the lion’s share of the licenses – five, covering the Kasamene, Wahrindi, Kigogol-Ngara, Nsoga, Ngege and Mputa-Nzizi-Waraga prospects while Total the operator of Exploration Area 1 received three licenses covering Ngiri, Jobi-Rii and Gunya. The duo now joins CNOOC which was the first to receive a production for the Kingfisher field in 2013.

The development which brings to an end the six year wait from when the companies applied for the production permits.

“The investment and expected revenues from these activities and subsequent sale of petroleum will make a significant contribution to the growth of Uganda’s economy.The long wait has come to an end and we should expect to see oil flowing by 2020,” said Irene Muloni the Minister for Energy and Mineral Development.

Muloni added that the government was moving ahead with plans to have an oil refinery in place by 2020. Uganda expects to earn $1.5 b annually on average from its portion of the crude, income tax, royalties and annual fees.