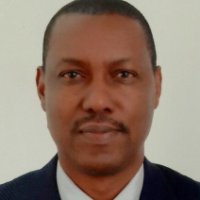 Oumarous said on completion the projects will reduce  the costs of doing business.

April 4–The African Development Bank Group (AfDB) has approved a total of $253 million in loans to the Kenyan and Ugandan governments specifically amounting to $147.3 million and $105.7 million respectively.

The AfDB loans will cover 89% and 88% of the Uganda and Kenya project costs respectively. Contributions by the Kenya and Uganda governments will be 12% and 11% of their respective country project cost.

The money will go to upgrading a 118 kilometre road section connecting the two countries as well as the construction of the 32 km Eldoret town bypass, in Kenya. Once completed in 2021, the project is expected to improve the living standards of the 1.4 million people in the project zone of influence.

“The proposed intervention is also in line with the Bank’s Ten Year Strategy and meets four of the High Fives by contributing to the integration of the East African Community countries; improving the quality of life by providing socio-economic facilities to people in the zone of influence; increasing agricultural production through access to markets and the reduction transport cost, which lowers the cost of doing business that will play pivotal role in industrialization,”  said Amadou Oumarou, the Director of the Infrastructure, Cities and Urban Development Department at AfDB.

The upgrading of the road connecting Kapchorwa (Uganda) to Kitale (Kenya) will provide an all-weather access for citizens, farmers and traders. The project also includes a construction of a One Stop Border Post in Suam to facilitate trade between the two countries, travelers and transport operators.

The upgrading of the road will reduce the travel time in Uganda (Kapchorwa-Suam) from 4 hours to 1.5 hours and in Kenya (Suam-Kitale) from 1.5 hours to 45 minutes. The project area is very fertile and has high agricultural potential and the upgrading of the road from gravel to bitumen standard will facilitate the supply of farm inputs and evacuation of produce to major market centers.

The construction of the Eldoret bypass (32km) will reduce traffic congestion in Eldoret Town, by avoiding crossing of the city centre. Consequently, the average speed will increase from 26km/hr in the existing road to 42km/hr using the Eldoret Bypass.