KAMPALA, FEBRUARY 29- Bidders who made it to the prequalification round for Uganda’s oil blocks will […] 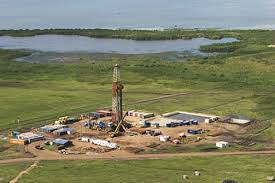 KAMPALA, FEBRUARY 29- Bidders who made it to the prequalification round for Uganda’s oil blocks will know their fate when the energy ministry makes the much delayed announcement this week. After flagging off the bidding process on February 24, 2015, the government prequalified 17 firms to submit proposals last July.

Sources told 256 Business News that the evaluation process is now complete and the firms that have been selected to enter detailed negotiations for the licenses will be announced during the course of the week.

Six biddable blocks were put on offer last February, attracting interest from more than 100 prospective bidders. At the close of applications last July however, just 17 bidders that met financial requirements had been shortlisted.

Among other conditions, bidders were required to deposit a $20,0000 non-refundable application fee that officials say helped weed out jokers.

With the licensing round out of the way, the next pending announcement will be the long overdue award of production licenses to incumbents Total E&P, CNOOC and Tullow Oil.