May 25, 2018—Uganda’s tax regime is soon to be overhauled when the new medium-term Domestic Revenue […] 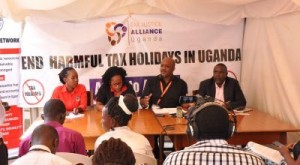 Several civil society organisations have criticised the use of tax holidays and tax incentives in light of a relatively low tax revenue to GDP ratio.

May 25, 2018—Uganda’s tax regime is soon to be overhauled when the new medium-term Domestic Revenue Mobilization Strategy (DRM-S) currently under preparation is completed.

Hopes are this will create a new social contract based on a sense of mutual responsibility, with the rights and obligations of all parties clearly defined.

According to the World Bank 11th Uganda Economic Update, the country’s tax system is one of the most modern in the region, but revenue collections, at 14 pc of GDP, are low, and way below its tax potential.  The bank is providing both financial and technical assistance for the drafting of the strategy expected to be implemented in financial year 2019/20.

Up to 5 pc of GDP is lost annually in tax leakages. Personal income tax contributes roughly 18 percent of GDP compared to up to 40 pc in developed countries. VAT collections amount to 4 pc of GDP, but would rise to 6 pc if there were no exemptions.

Over the past few years, Uganda has set a mid-term revenue target of 16 pc of GDP. However, it has been unable to meet this target, with many areas of economic activity remaining outside the tax net due to gaps in the areas of tax policy and administration.

According to the update, revenue forgone under the current tax system across all tax sources due to exemptions was estimated to be in the range of 4.5 to 5.0 pc of GDP in 2016/17.  This can be explained by several factors. First, policy discretion, mainly in the form of tax exemptions, had a significant impact in the period from 2006 to 2016, as measured by the differential between tax buoyancy and tax elasticity. Second, the shift in the composition of the economy from agriculture to services and industry has strengthened the informal sector, with those leaving agriculture tending to end up in small informal non-agricultural enterprises.

According to UBOS, informal activities account for 45 pc of GDP. Those involved in these activities are hard-to-reach tax payers, conducting most of their transactions in cash and/or hiding their economic activities from tax authorities.

Finally, current policy messages have resulted in a perception that Uganda needs investors, but not revenue. Some income categories are exempted from taxation, with this benefiting privileged groups and creating perceptions of unfairness. The social contract remains weak, due to poor service delivery. 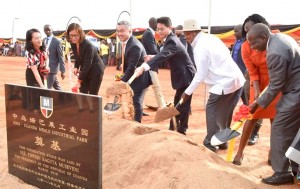 Current policy messages have resulted in a perception that Uganda needs investors but not revenue.

The DRM-S comes out of the World Bank’s recognition that developing countries face particular challenges in tax policy and administration, including improving tax compliance by businesses and professionals, high levels of informality, weak revenue administrations and poor governance.

In addition to increasing the sheer volume of tax revenue, the mechanism of tax policy and collection matters. Fair, efficient tax systems are necessary for poverty alleviation and equitable growth. They ensure that even the powerful pay their fair share and that the poor see a path to economic improvement. The World Bank supports tax reforms aimed at reducing income inequalities, improving inclusiveness, and promoting public goods such as better health and a cleaner environment.

After growing at 4 pc in FY2016/17, preliminary data suggests that real GDP in Uganda has risen 7.1 percent during the first half of FY 2017/18, compared to the same period in FY 2016/17. In fact, real output only grew 2.4 pc in the first half of FY 2016/17, when the economy was plagued by adverse weather conditions and pests such as the army worm. The recent growth recovery is largely driven by a double-digit increase in ICT services, strong food crops production, and the robust growth performance of the manufacturing sector.