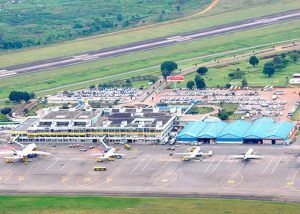 Under the Civil Aviation Amendment Bill 2017 that was recently passed by parliament, the CAA now has oversight over all public and private aerodromes as well as civil aviation training schools in the country. It also proposes the establishment of an accident investigation unit within the transport ministry that is independent of the CAA.

Once it becomes law after presidential assent, all aircraft operating within Uganda’s airspace whether they are registered in the country or not as well as private aerodromes and their service providers will be subject to regulation by the CAA.

“This Bill will enable the civil aviation authority to effectively regulate the sector including privately operated aerodromes and aircrafts,” said James Waluswata, a member of parliament’s sectoral committee on infrastructure.

Legislators say the Bill will harmonise Uganda’s aviation laws with international ICAO conventions and expand the scope of the CAA’s oversight role.

A 2014 ICAO audit found gaps in Uganda’s regulatory framework could potentially compromise security and safety of civil aviation operations at all levels. The ICAO audit covered the country’s Uganda’s legislation, operations, and accident investigation, security, licensing and airworthiness inspection capacities. Uganda scored 43pc against the global average of 72.33 global average in that audit.  That performance was also below regional peers such as Tanzania, Rwanda, Kenya and Ethiopia who scored 71pc, 83pc, 76pc and 71pc respectively.

The Bill gives the regulator unlimited powers to access and to inspect all aircraft and to issue on spot penalties to fenders.

Importantly, the Bill also provides for director general to recall an aircraft if in flight, for a search if serious security and safety issues are identified, or if the aircraft is being used in contravention of the act or it contains any matter that may be used as evidence in respect to an offence under the act.

This is a departure from the current law which requires the CAA to seek permission in writing from aircraft operators and wait for a response before it can conduct inspections on an aircraft or airdromes owned by private or other operators.