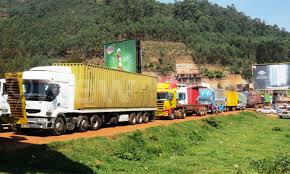 Uganda has seen a sharp drop in outbound trade with Rwanda during the first two quarters of 2019 as the ramifications of a blockade on its exports to its southern neighbour become manifest.

Only USD 37.34 million was realised from exports to Rwanda during the first half of calendar 2019 compared to  USD 99.55 million for the comparable period in 2018. The second quarter during which only USD 3.22 million was realised, accounts for the bulk of the deficit.Revenues for the first quarter were near normal at USD 34.12 million although even this was atleast USD 13 million below USD 47.17 recorded during the 2018 Q1.

There is no evidence that alternative markets compensated for the losses occasioned by Rwanda. Receipts from the Common Market for Eastern and Southern Africa also dipped to USD 621 million during 2019 H1 compared to USD 819.77 for the same period in 2018.

Although they could be reflective of the dominance of maize in Uganda’s exports to Kenya, receipts from Kenya dropped to USD 210 million for the first half of this year compared to USD 356.49 for the first six months of 2018.

The South Sudan and the DRC markets saw good growth with the former expanding by USD 8 million to top USD 194.87 million during the period under reference. Receipts from the DRC showed the strongest growth expanding from USD 102.72 million in 2018 H1 to USD 119.57 during the comparable period in 2019.

Overall the 2019 H1 was a slow period for Uganda with receipts from the EU also falling USD 40 million compared to the USD 280 million earned during 2018.