Uganda soft drink makers due for some relief 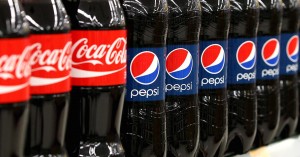 Reducing Excise Duty on confectionery sugar is one way the government is hoping to generate more sales for soft drink manufacturers.

April 10—Soft drink makers in Uganda are due for some tax relief as the finance ministry proposes to reduce taxes on confectionery sugar which is mostly imported in the next National Budget.

What is not known however, is whether this reduction will off-set the effects caused by a tax imposed by the government last year on locally produced sugar. This has hurt bakeries who have had to either re-size their products smaller or raise prices, most preferring the former.

The Ministry has laid before Parliament five tax bills that will be passed in line with the Public Finance Management Act. Among the five is the Excise Duty (Amendment) Bill, 2017 which seeks to amend the Excise Duty Act, 2014, Act 11 of 2014.

If parliament passes the Bill, it will mean the removal of duty on sugar confectioneries and locally manufactured furniture. Excise Duty is an inland tax imposed on the sale and or production for sale, of specific goods or a tax on a good produced for sale, or sold, within a country or licenses for specific activities.

The ‘Framework for the Implementation of BUBU for the period 2017/2018-2021/2022’ highlights the services and goods sectors as priority for ensuring quick BUBU results in the short and medium term.Under the goods category is food and beverages, together with furniture.

However, similar tax Bills introduced by the Ministry include; the VAT(Amendment) Bill, 2017 which will amend the VAT Act, Chapter 349 to provide for VAT on wheat grain but exempt VAT on aid funded projects. The Bill also seeks to exempt VAT on crop extension services, animal feeds and premixes, irrigation works, sprinklers and ready to use drip lines.

The Income Tax (Amendment) Bill, 2017, that is intended to amend the Income Tax Act chapter 340, will exempt tax on income for the Bujagali Hydro power project  owners up to the year 2033. The same Bill also seeks to empower the minister issue estimates of rent for the purposes of assessing rental tax.

There are mixed gains for critics of gambling. The Lotteries and Gaming (Amendment) Bill, 2017 is intended to amend the Lotteries and Gaming Act, 2016. It aims to reduce the rate of gaming tax from 35% to 20%, but to also impose a withholding tax rate of 15% for winnings from sports betting and pool betting. All these changes are expected to come into effect on July 1st, 2017.