May 30—In recent weeks, national newspapers have run supplements marking the first anniversary of President Yoweri […] 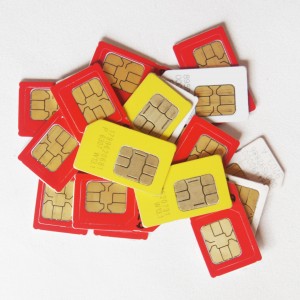 Validation of SIM cards would have been an easy process, but Ugandans like to do things at the last possible moment.

During his inauguration on May 12, 2016, President Museveni warned that he will no longer tolerate government officials who abuse their responsibilities, public resources or fail on service delivery.

Under these circumstances, this then suggests President’s recent directive regarding the extension of SIM card verification, is in effect counterproductive, albeit unintentionally I am sure on the President’s part.

If there is one lesson that we have learnt from this SIM card deactivation, registration/validation debacle, is staying connected to their mobile network is extremely important for Ugandans.

However, a secondary and yet an astounding reality, is that several Ugandans – particularly in urban areas, DO NOT have national IDs.  Consequently, they got caught up in the panic to register for one before they could be sure their mobile number was safe.

Unfortunately, the President’s new directive on an extension may embolden this kind of irresponsibility. We have already seen two recent deadlines adjusted and another extension called for by the Office of the Prime Minister soon after.

There is talk that the process of registration was conducted without wide consultations. This opened up the exercise to all sorts of conspiracy theories which our politicians duly peddled along depending on their self-interests.

There were also claims that millions of Ugandans in the rural areas were “not” informed of these developments, because communication was done in only two languages – English and Luganda. Yet Uganda has over 40 languages. Although this is true, it misses a basic point.

Why do Ugandans remember or can one say, ‘prefer’, to do their civic duty at last moment! The program of national ID registration was started in 2014 and is still ongoing today under continuous registration at the National Identification and Registration Authority’s (NIRA) 112 offices in the country (1400 sub counties) and in five divisions of Kampala. No one can say NIRA has not been working!

So far over 16 million Ugandans above 16 years of age have been registered and issued national IDs.  Therefore to say that NIRA did not bring the exercise closer to wanainchi is to have eyes and not see! Before the national ID program, many rural people did not possess any form of formal identity apart from maybe a voter’s card. As such they diligently lined up in huge numbers and eventually got their IDs.

Now compare this with the urbanites, apparently comfortable with their passports, driving licenses, bank cards, social security cards, civil service IDs and so on. Many were simply unbothered or underestimated the importance of a national ID. What kind of thinking is that?

Certainly some genuine persons with national IDs who followed the right procedure for mobile number verification were disconnected, but given the scale of this exercise mistakes were bound to happen.

As of May 24, 2017, the UCC Executive Director Godfrey Mutabazi announced that telecoms are to reconnect de-registered SIM cards, only five days after another deadline was side-stepped.

The SIM card validation exercise would have indeed become one of the other milestones and hallmarks of Hakuna Mchezo, but the government caved in too easily!

Uganda’s national ID registration and enrollment efforts were recently lauded across the continent at the 3rd Government Forum on Electronic Identity in Africa between April 26th and 28th in Windhoek Namibia.

The SIM verification exercise would have been an accentuation of the President’s no nonsense policy towards development efforts. Alas, once again, a good thing has been derailed by politics!