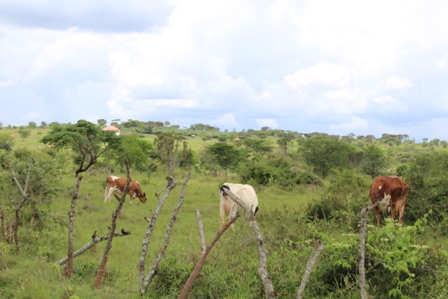 Unrelenting blockage of her milk exports by hostile neighbours, is forcing Uganda to explore new markets […]

Unrelenting blockage of her milk exports by hostile neighbours, is forcing Uganda to explore new markets in north and West Africa, in a bid to wean herself off unpredictable regional markets.

256BN has learned that even as it continues to engage Kenya and Rwanda over access for her manufactured output, Uganda is quietly pursuing a parallel strategy, targeting Nigeria and other premium markets in north and West Africa, to spread the risk for her rapidly expanding dairy sector.

“Nigeria and north African countries such as Morocco and Tunisia are net importers of milk from Europe at prices higher than the unit cost in Uganda. There are ongoing efforts to open these markets to our dairy products because we are at a par with Europe, if not better in terms of quality,” says a source familiar with the development.

Without revealing much detail, Bijoy Varghese, the General Manager Pearl Dairies, who have taken the biggest from Kenya’s blockage, confirmed that they were exploring new markets beyond the East African Community and the Great Lakes region. The company already exports to Japan but 90pc of its production was going to Kenya before the market disruptions.

Uganda’s milk exports strategy dovetails with route development plans by flag carrier Uganda Airlines which expects to receive the first of a pair of long haul A330-800 neo aircraft in December. Lagos and Kinshasa are among the routes zeroed on for the airlines next development phase. The longer range and large belly capacity of the A330 will provide interim lift for Ugandan exports into central and West Africa. 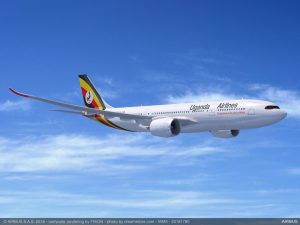 Besides milk, Ugandan processors are also diversifying their product lines to manufacture cheese and other value added milk derivatives. This has the twin objective of growing both the internal and export markets. Although Ugandan milk production has risen sharply over recent years to peak at 2.5billion litres in 2018, per capita consumption, is still modest at just 62 litres per annum, adding a sense of urgency to the development of external markets for the huge surplus.

Driven by rapid investment in the sector and a lower unit cost, Uganda has over the past three years, seen her milk exports fetch in excess of $70 million annually, mainly from selling to her neighbours. But events took a bad turn when Kenya, the biggest importer, started blocking access to her market last year.

Thanks to unusually strong rains, Kenya had an uncharacteristically strong milk year during 2019, leading to a sharp drop in milk prices. Matters were compounded by cheaper supplies from Uganda, attracting a political backlash that forced the government to protect the local dairy farmers. In addition to other tactics, Kenya slapped VAT on imported milk and dairy products at a rate of 14 percent. The move was aimed at, creating parity between the cost of imported and local milk but Uganda still enjoyed superior production economics.

Tanzania introduced a USD 0.86 import duty on each litre of Ugandan milk effectively cutting off that market. Though still open, the crash in global prices for crude oil have impacted purchasing power in South Sudan. Meanwhile disruptions to trade caused by Rwanda’s closure of her border to commercial traffic from Uganda, has impacted sales to the DRC and Burundi.

The Kenyan moves which targeted Pearl Dairies, the producers of Lato Milk, had a ripple effect sending farm gate prices crashing more than 60 percent in Uganda. Operating the largest dairy plant in Uganda, with a capacity to process 0.8 million litres of milk daily, Pearl Dairies was exporting 90pc of her production to Kenya.

Bijoy says the Kenyan market is still important for Ugandan milk processors but so far, there has been no visible progress towards renewed access.

Fearful of losing the gains if farmers were not motivated, Uganda scrapped the 18pc VAT it had imposed on processed six years ago. Part of the finance bill for fiscal 2020/21, the VAT waiver is intended to lower processors costs, so that they can continue to purchase raw milk. Although it does not have a direct relationship to the cost of production, the waiver was also expected to incentivise processors to pay higher farm gate prices for raw milk which had collapsed more than 60 percent after Kenya closed her market to Ugandan milk exports last December. The measure is also expected to boost domestic consumption of processed milk but only if processors plough the incentive back into lower retail prices for milk.

While they expect the waiver to result into an increase in the volume of pasteurized milk consumed on the domestic market; the corresponding rise in domestic demand will still not be enough to offset the loss of the Kenyan market, the processors say.

“The VAT concession will help push up farm-gate prices for raw milk and enable dairy farmers to benefit from higher incomes due to increased production. But the expected incremental volume within the Ugandan market won’t be a substitute for the loss of export market such as our main trading partner Kenya. Therefore it is imperative that the trade issues with Kenya are resolved as soon as possible,” says Bijoy Varghese.

The livelihoods of 8 million dairy farmers in western Uganda and $70m in exports revenues are at stake this year as a result of lost market access. Analysts don’t seen resolution of East Africa’s trade disputes on the near horizon. Uganda’s duty waiver will only deepen the cost differential between Ugandan and regional milk processors.

According to source who is familiar with the subject, Kenya has an uphill task matching Uganda’s production cost primarily because of herd size and methods of production. Where 80 percent of Kenya’s dairy farmers have herds of between 1-3 cows that are raised under zero grazing, farmers in Uganda’s major cattle corridors boast hundreds of free-grazing cows.

But there could be a long term price for Kenyan consumers to pay. If the current surge in rains dissipates the cost of production in Kenya will rise even higher. In the absence of supplies from Uganda if Kampala succeeds in its bid for new markets, Kenyan consumers would become exposed to higher prices for milk.

“Unless Kenya can use the current blockage to increase and sustain higher production, consumers will be exposed to higher prices if production dips because Ugandan milk might not be there to fill the shortfall,” says the source, citing the ongoing search for new markets.