October 25—A major casualty of any long term uncertainty in Kenya is yet more delays in the construction of Uganda’s Standard Gauge Railway (SGR) between Malaba and Kampala. 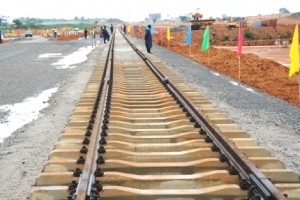 It took nearly three years to complete the Mombasa-Nairobi leg of the SGR, but delays in funding have already pushed back Uganda’s SGR schedule.

This is one of the Uganda government’s priority projects, but implementation has always depended on Kenya’s SGR connecting with Uganda’s proposed 270-kilometre segment otherwise it would not make any economic sense.

Last month, the Export Import Bank of China (Exim Bank), the preferred lender, sent consultants to Kampala to carry out evaluations and hold private talks with relevant government officials. Other Chinese engineers have come and gone. Chances are more officials will come from Beijing, seeking assurances no one can really offer right now, even the Kenyans themselves.

The Chinese are known to be more risk-averse than their Western counterparts as long as it suits their ultimate goals, but even they cannot afford to throw around new cash in light of a huge debt mountain at home.

Set up nearly 25 years ago, Exim Bank is China’s official export credit agency, providing export credits, guarantees, concessional loans and on-lending to mostly to Chinese state-owned businesses. Many of these businesses are heavily indebted to the central government through Exim Bank, including the contractors who build the railways, highways and dams financed from Chinese concessional loans to foreign governments including Kenya and Uganda.

Although compensation payments for the Uganda SGR right-of-way are already being made, the government is in a headlock until final approval of the $2 billion-plus financing can be confirmed by Exim Bank.

This is because the Kenyan government has yet to guarantee that it will extend its own SGR to Malaba from Kisumu. Kisumu is the last intended stop from Mombasa under prevailing plans costing nearly another $4 billion—also being sought from Exim Bank. The Mombasa-Nairobi leg cost just over $3 billion. Borrowing another say $5 billion to put Uganda into the SGR picture may not seem a priority for the Kenyans, especially after the government in Kampala chose to route the oil pipeline through Tanzania.

Unless things quickly sort themselves out in Kenya, the other issue that might work against the Uganda SGR is the Chinese government push for the multi-billion dollar Belt and Road Initiative (BRI). The ‘belt’ consists of overland routes following the ancient Silk Road from China through Central Asia and finally into Europe while the ‘road’ involves sea routes from China through Southeast Asia into the Indian Ocean and beyond. One notable project involves a $50 billion new overland corridor, from Xinjiang in China to Gwadar in Pakistan.

President Xi Jinping has placed much store in this very expensive, ambitious and prestigious project. In order to pick up the BRI momentum, a reallocation of resources is currently taking place in Beijing.

In Africa, only Egypt and Ethiopia have been mapped out as corridors for the BRI. Kenya and Uganda are not. Matters will not be helped if the political instability in Kenya continues unabated. The Chinese may then want to re-evaluate their options by throwing everything towards Ethiopia, eastern Africa’s fastest growing economy and where elections are not allowed to become a nuisance.