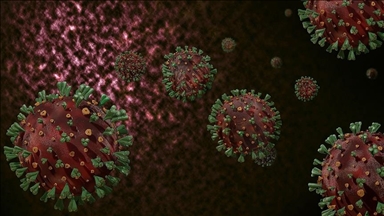 UBV-01N, the natural chemotherapeutic experimental treatment for Covid-19 that went into clinical trials in Uganda on […]

UBV-01N, the natural chemotherapeutic experimental treatment for Covid-19 that went into clinical trials in Uganda on January 27, can be synthesised for large scale commercial production, says one of the researchers involved in the project.

Chemical synthesis is the process through which a compound can be manipulated to produce new products with the same physical or biological properties as the original. It is the fastest way of scaling up the production medicines and other chemical products whose original source might not be abundant in nature.

“It can be synthesised but being a natural product, we will continue to use it the way it is for now,” says Bruce Tibenda, the Clinical Coordinator of the trials.

“When the need arises, we can synthesise it because we know all the ingredients and its formulation,” he adds.

Tibenda’s views were confirmed by Dr. Jane Ruth Aceng the minister for health  who said the trial would “validate content standardization and replication, after which, it will be rolled out for industrial production and widespread use.”

Developed by the National Chemotherapeutic Research Institute NCRI, the drug made out of natural ingredients will be administered to Covid-19 patients at Mulago national referral hospital in a limited trial, involving 128 patients.

The study involves adult males and females aged 18-70 years with a positive COVID-19 test and already admitted at Mulago national referral hospital. Breastfeeding, pregnant or females intending to get pregnant during the trial period will be excluded from the studies.

To avoid the skepticism that has surrounded similar initiatives from elsewhere in Africa, Uganda is following standard trial protocols, that should make it easier for the results to gain international approvals.

“The product has already gone through quality assurance steps and got all the necessary certificates and approval for use in human beings. The product has been approved by the National Drug Authority, Uganda National Bureau of Standards, and National Council of Science and Technology,”  Aceng said.

“This is a scientifically proven product that has gone through all the rigors of scientific research and it is now ready for clinical trials,” NCRI Director Dr. Grace Nambatya Kyeyune, said on the side-lines of a ceremony to launch the clinical trials that was presided over by President Museveni.

Hailing the scientists involved in the trail, Museveni said UBV-01N was one of several interventions, including vaccines, that Ugandan researchers were working on behind the scenes.

According to NCRI, the experimental drug has been formulated to be active against viruses, with anti-inflammatory and immunological properties.

“The clinical trial will validate the content, standardization and replication of the product after which it will be rolled out for industrial production and wide spread use. The product has already gone through multiple quality assurance steps and got all necessary certifications and approval for use in human beings in a clinical trial setting,” NCRI said in a statement.