Uganda is looking at financial year 22/23 for the start of phase one construction of its long delayed Standard Gauge Railway as negotiations with China Exim Bank advance.

Official say the number of outstanding between client and prospective financier had been reduced to just three from 27, a year ago and even these were on the way to resolution. 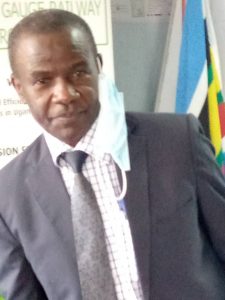 “We shall be sitting with China Exim Bank next year once the Uganda elections are out of the way. We should be able to conclude this,” Perez Wamburu, the SGR Project Coordinator told 256BN.

He added that while timing of the connection with Kenya remains unresolved, and was one of the three outstanding issues raised by China Exim, it had been decided that Uganda starts construction to save time.

“It will take us anywhere between three and four years to build the sector from Malaba to Kampala. Kenya would need about the same time to link Naivasha and Malaba so you are looking at 2027/28 for completion if construction started in 2022. That is enough time for Kenya to sort out whatever is holding up the line and am assured they are committed to the project,” Wamburu said.

He was responding to questions about the likely impact of Kenya’s debt status on its ability to bring the line all the way to Malaba.

Uganda’s 271 kilometre-long phase one of the SGR, forms a core component of the Northern Corridor Infrastructure project linking Kenya, Uganda and Rwanda. Construction was supposed to proceed concurrently but only Kenya had completed the 580km Mombasa-Nairobi sector by mid-2017. Westward expansion has stalled in Naivasaha amidst funding hurdles.

Uganda’s planned network is 2700km long with connections to South Sudan and northern eastern DRC to tap into transit traffic there. A southern loop to Tanzania through Rwanda and another connection with the DRC at Mpondwe will complete the network. According to the tentative merit order, construction will start with the Malaba-Kampala link followed by the northern leg that connects South Sudan. The line will then extend west from Gulu to Goli on the border with the DRC where it will offer the logical route to market for the abundant deposits of iron ore there. The southern leg will come last because it is believed that Rwanda is more likely to prioritise a connection through Tanzania.

Uganda which needs USD2.26bn for the first phase is looking to China for concessional funding to offset 85pc of the cost.

Wamburu says prospects for locking in the finance in the coming months were high. The parties had narrowed the number of outstanding queries from 27 when the ministry of finance reapplied for funding in October 2019, to just three today.

China Exim wants assurances about the connection with Kenya, the operations plan for the network and the loan repayment plan.

“I believe we have answered all those questions to the lenders satisfaction. Conclusive talks should start soon after the elections in 2021,” Wamburu says adding that the viability of the line under different scenario’s has been stress-tested and results are positive.

A Chinese company will operate the network for the duration of the loan repayment period while revenue projections based on current and projected cargo traffic support the debt repayment plan.

Wamburu says while a direct interface with the Kenyan SGR would be preferable, its absence ids not fatal to the project.

“We have even considered a scenario where Kenya does not bring its line to Malaba and we shall still have a thin margin on operations,” Wamburu explains.

The fallback position would see Uganda build a spur from Malaba to Majanji on the shores of Lake Victoria where cargo from South Sudan and the DRC would be trans-shipped through either Kisumu onward to Mombasa or through Mwanza to Dar es Salaam.

Also, the project will not have any impact on the debt-to-GDP ratio because the contract fee of USD 2.26 billion for the first phase is already accounted for under the existing USD15.5 billion stock of national debt stock.

Wamburu’s team is proceeding with preconstruction activities. Some 120km of the 271km corridor has been secured and more than 4000 projected affected persons have been compensated so far.

“What I would like to state without any fear of contradiction is that the SGR project is still on. We shall be sitting with Kenya and China Exim to bring clarity to issues of the interconnection but everybody is still committed to this project,” Wamburu said.

It has been reported that China Exim has been slow to respond to Kenya’s funding request for the leg between Naivasha and Malaba, over concerns about Kenya’s ability to repay because of its rising debt levels.

At the end of June 2020, Kenya’s public debt was USD70 billion, comprising USD34 billion in domestic debt and USD37 billion in foreign loans. The Debt to GDP Ratio had breached the critical 50pc threshold to reach 65.6 percent.

In contrast, Uganda’s Debt to GDP ratio increased from 35pc in fiscal 2018/19 to 39pc at the close of fiscal 2019/20. The total public debt portfolio stood at USD 15.5 billion at the end of financial year 2019/20. External debt currently accounts for 60 percent of the total debt portfolio.