August 2—The Uganda Revenue Authority (URA) has imposed new penalties on multinational companies that do not respond to transfer pricing information requests. 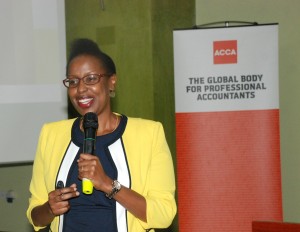 Kabajwara advised her colleagues not to underestimate the tax authorities.

Crystal Kabajwara is a Senior Manager, International Tax and Transfer Pricing at PricewaterhouseCoopers (PwC) in Kampala. Not long ago, she asked a rhetorical question to her colleagues in the Association of Chartered Certified Accountants (ACCA) Uganda: are the multinational corporations paying equitable tax?

Before you start scratching own head and looking up at the ceiling for an answer, let’s understand where Kabajawara is coming from. Obviously her first loyalty is to the client at hand. But she is also very much aware that one has to play by the rules if you do not want the URA breathing down your neck and making life very uncomfortable.

Yet the marketplace has changed. Globalization has turned things upside down, spitting out entities like Google and Amazon that did not exist 20 years ago, but today generate revenues that surpass the annual GDP of many African countries.

After the 2008 worldwide financial crisis, something became very apparent to the governments of the leading wealthiest countries under their umbrella of the Organisation of Economic Cooperation and Development (OECD). The rules could not keep up with the pace of global business.

Money is being made and moved at speeds that would have been unimaginable even two decades ago. Multinationals are shifting profits from one country to another, constantly looking for the lowest tax exposure and hence Kabajawara’s question.

OECD countries were finding that this situation was eroding their tax bases so the G20 came up with BEPS, a comprehensive reform of the international tax rules and principles in order to bring them into the 21st century. BEPS stands for Base Erosion and Profit Shifting.

Kabajawra said BEPS is a global tax anti-avoidance project that has been the biggest fundamental change in international taxation in this decade.

“Do not underestimate the tax authorities. If necessary, they will even go to the extent of travelling to that other country and double checking information you have given them. Think of a lollipop. The tax authorities are after that sweet part in your mouth,” Kabajawara told colleagues during a Career Development Conference recently.

The OECD broke down these key areas into 15 action points, but due to the obvious different stages of economies, relevant national tax authorities choose which they can readily apply to their own circumstances.  Even though BEPS is a global concern, it is not uniform for all countries. BEPS varies between developed and developing countries.

The crux of the matter is there is increased scrutiny by the URA of financing transactions among multinational corporations (MNCs) than ever before.

The URA own international tax unit is made up of 10 people. It is their job to carry out International Transfer Audits that are so dreaded by companies that like to play hide and seek with the tax collector by claiming to have operations in other countries besides Uganda.

Faced with BEPS, for many MNCs any former sense of self-assurance has been replaced by an enthusiasm to cooperate with the URA. Few if any, want to find themselves in expensive court proceedings. “Most firms prefer to get it right the first time,” Kabajwara said.