The Uganda Revenue Authority (URA) has denied media reports that over 12,000 bags (60 tonnes) of sugar was smuggled into Uganda from Kenya. 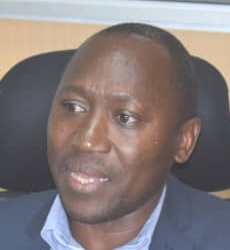 Seruma said talks between Tanzanian and Ugandan government officials will continue in a bid to finally resolve the issue.

URA spokesperson, Vincent Seruma said the information published in one of the major dailies was not true. He said the sugar was actually from Kakira Sugar Limited (Uganda’s biggest producer) and was supposed to be exported to Tanzania, but was denied entry due to a misunderstanding about the import duty being charged.

Seruma said on May 19, 2018, Kakira Sugar Works had expressed interest to export 60 tonnes of sugar to Tanzania under an export declaration Tansad TZBK 181157709 which was loaded on a ship MV Wankyo under the supervision of the URA Customs officials.

“Under the East African Community (EAC) common market protocol, this export is supposed to be given preferential treatment at 0% import duty within the EAC partner states and because the whole processing was done in Uganda and satisfies the EAC Rules of Origin,” Seruma said.

However upon arrival at the lakeshore town on Mwanza, Tanzanian revenue officials imposed a duty of 25% which was a violation of the EAC Rules of Origin and the Common Market Protocol.

Despite efforts by relevant Tanzanian and Ugandan officials to resolve the issue, no resolution was reached. The shipment has been held at Mwanza for nearly two months now due to this impasse.

Seruma said, “This resulted into frustration on the part of Kakira who were incurring a lot of costs and economic losses. It is against this background that Kakira Sugar Works decided to have the shipment shipped back to Uganda. The process of offloading this shipment at Jinja was conducted in a Custom’s controlled area under the supervision of URA officials. The media report is therefore is untrue and not factual”.

Seruma said both governments will continue to hold talks to limit disruption of trade links between the two countries.