February 23–Uganda is currently lumped with Afghanistan, Iraq, Syria and Yemen on the ‘Grey List’ as […] 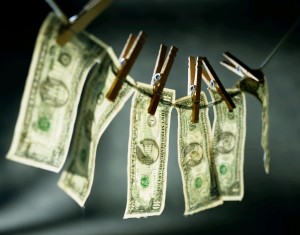 February 23–Uganda is currently lumped with Afghanistan, Iraq, Syria and Yemen on the ‘Grey List’ as a haven for money laundering as determined by the Paris-based Financial Action Task Force (FATF).

FATF is a 1989 creation of the seven most industrialized countries   (G-7) to curb ‘dirty money’ transactions associated with illegal activities worldwide.

The Uganda’s Financial Intelligence Authority (FIA) Executive Director, Sydney Asubo said,  ”Uganda has up to June, 2017 to address certain strategic deficiencies that have been identified by the Financial Action Task Force, so as to be able to comply with international standards in the global fight against money laundering and terrorism financing.

He said, “To this end, Uganda is amending three pieces of legislation , namely (1) The Anti-Money Laundering Act (2) Anti-Terrorism Act (3) Insurance Act. All the three amendment bills are currently before Parliament for enactment. These laws have to be sent to FATF Secretariat by end of March, 2017. This means that Parliament has to pass these laws by then, to avoid the possibility of blacklisting the country.”

This week, the FATF’s decision making body, the FATF Plenary, met at the Paris headquarters. During a plenary year, the FATF holds three plenary meetings involving various experts and specialized topics usually in October, February and June of each year.

All of these meetings are only open to delegations from FATF members, observer jurisdictions and observer organisations. They are not open to the public.

Together with Bosnia-Herzegovina, Lao PDR (Laos), Papua New Guinea and Vanuatu, Uganda remains listed in the category of ‘jurisdictions with severe deficiencies’ or commonly known as the Grey List.

However, the governments on the Grey List have provided written high-level political commitments to address the identified deficiencies. Authorities in these countries are considered by the FATF as leaning towards doing the right thing, but implementation remains slow. The list was last updated in January 2017, when Guyana was removed from it.

Uganda is a jurisdiction associated to FATF by way of the Eastern and Southern Africa Anti-Money Laundering Group (ESAAMLG). FATF says apart from scaring away investors, countries on the ‘Grey List’ pose a risk to the international financial system. This has the effect of making it tricky for some local banks to acquire correspondent financial institutions abroad without being forced to undergo an expensive due diligence.

In October 2016, an International Monetary Fund (IMF) mission, here to review the economy, cautioned the government, ‘The mission discussed ongoing efforts to ensure Uganda’s prompt exit from the Financial Action Task-Force’s list of jurisdictions with strategic deficiencies in the legal framework for combating money laundering and the financing of terrorism (AML/CFT).

‘The mission urges the authorities to take the necessary steps to facilitate the prompt exit, including by passing the amendments to the Anti-Money Laundering Act and the Insurance Act before December 2016’, the statement reads part.

Kenya and Tanzania exited the Grey List in 2014, after legislators passed a raft of laws that assured FATF, the two countries remain vigilant in the fight against money laundering and terrorism financing.

Uganda’s Anti-Money Laundering (Amendment) Bill 2016 is now before Parliament with  Asubo acting as point man to field legislators’ questions. FIA is an independent government institution established under section 18 of the Anti-Money Laundering Act of 2013. FIA has powers to poke its nose into anything it suspects money laundering is taking place.

Uganda already has anti-money laundering laws in place, but given the global concerns surrounding the financing of terrorism, in 2012, FATF came out with a  new set of recommendations.   Whenever necessary, FATF will develop recommendations that are then recognised as the international standard.

Officially, FATF has seven concerns with Uganda:  (1) adequately criminalise terrorist financing; (2) implement adequate procedures for freezing terrorist assets in accordance with UNSCRs (UN Security Council Resolutions) 1267 and 1373, and their successor resolutions; (3) ensure that all financial institutions are subject to adequate record-keeping requirements; (4) and ensure that all financial services and the FIA have the power to supervise and enforce compliance with AML CFT requirements (5) establish a fully operational and effectively functioning financial intelligence unit; (6) introduce and implement an appropriate legal basis to permit the competent authorities to provide a wide range of mutual legal assistance; and (7) ensure that appropriate laws and procedures are in place with regard to international co-operation for the financial intelligence unit and supervisory authorities

Speaking in Zimbabwe not long ago, David Lewis, the FATF Executive Secretary said, “FATF standards do not envisage financial institutions cutting-off entire classes of customer without taking into account, on a case-by-case basis, an individual customer’s level of risk or applicable risk mitigation measures. Such behaviour has the potential to force financial transactions underground which, in turn, introduces higher risk and less transparency into the global financial system.”

He was giving the keynote speech during a ESAAMLG/private sector conference at Victoria Falls last September. He said, “Under the risk-based approach, financial institutions are expected to identify, assess and understand their money laundering and terrorist financing risks and take commensurate measures in order to mitigate them. Financial institutions are required to terminate customer relationships, on a case-by-case basis, only where the money laundering and terrorist financing risks cannot be mitigated.”