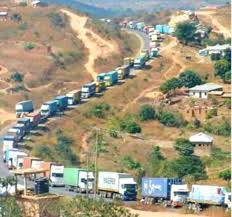 Uganda could see a dent in regional exports as Kenya moves to ramp up its commercial presence in the Great Lakes region with warehouses planned in Kigali, Goma and Bujumbura

The move is likely to compound matters for Uganda which has seen a sharp shrinkage of trade with Rwanda that has collapsed from USD 212 million during 2018 to just USD 37 million during the first two quarters of 2019.

No timelines for implementation were immediately available but officials from the Kenya Export Promotion and Branding Agency (Keproba) say the move is intended to improve to improve the price competitiveness of Kenyan goods in the target markets by providing a more direct route to market.

Speaking in Nairobi last week, Keproba chief executive Mr. Peter K. Biwott, said a significant portion of Kenyan exports to Uganda and Tanzania end up in Rwanda, Burundi and DRC as re-exports. Biwott cited Burundi as a particularly price sensitive yet quality indifferent market where the move is likely to have immediate impact.

Tanzania and Uganda have also emerged as formidable competitors with their manufacturing sectors now equipped to supply most of the products that Kenya exports to the region. Kenya which mainly exports roofing sheets, steel, paints, paper and confectionaries to Burundi and Rwanda only controls just under 6pc of the USD8billion combined Rwanda and Burundi market.

Uganda exported merchandise worth USD457 to the combined Burundi, DRC and Rwanda market during 2018. Rwanda was the main regional export destination at USD 212.15 million followed by the DRC at USD204.37 million and Burundi at USD 40.7 million.

The Rwanda market has however taken beating due to restriction of imports from Uganda, registering just USD37.34 during the first two quarters of 2019.