KIGALI, JULY14 – Uganda was the ninth most popular convention destination in Africa during 2016 tying […] 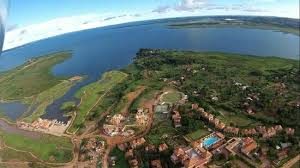 KIGALI, JULY14 – Uganda was the ninth most popular convention destination in Africa during 2016 tying with Tanzania in the same position after hosting ten international convention meetings, according to the International Congress and Convention Association ICCA statistical report for 2016.

At city level, Kampala tied with Cairo in the same position for the same number of meetings. Kampala was six positions behind Kigali which hosted 18 meetings and was ranked third in Africa and Nairobi which weighed in at number six after hosting 13 meetings.

Kenya and Rwanda however, tied with Egypt in position number three in the country rankings because of meetings that Kenya and Egypt hosted in secondary cities.

The country rankings were topped by South Africa which hosted 125 meetings while Cape Town took the city crown with 62 meetings.

The ICCA report covers only meetings organised by its members but is generally indicative of a country’s attractiveness as meetings and convention destination.

Rwanda’s rapid rise to the top is attributable to the opening mid last year of two signature properties- the  Carlson Rezidor managed Kigali Convention Centre and the Marriot hotel. The city expects to have hosted more than 40 meetings during 2017.

The Africa Hotel Investment Forum AHIF and the airline development conference AviaDev which run side by side and return to the city this October are some of the key meetings Kigali hosted in 2016.

According to recently released results of a six-year study by Grant Thornton which analysed economic data over a six year period, hosting the AHIF adds $6.9 million in direct cash benefits to host economies. Another $9.9 million is generated through indirect impact on local suppliers while on average $1.1 million is paid to host governments in taxes.