October 22, 2018 – Kampala is taking a cautious approach to selecting financiers for its projects […] 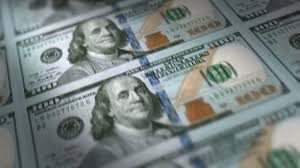 October 22, 2018 – Kampala is taking a cautious approach to selecting financiers for its projects after suspicions emerged that Uganda could be a target for internal money launderers seeking to clean their ill-gotten wealth.

The suspicions emerged after the ministry of finance received a number of unsolicited bids proposing to fund the purchase of the first component of a fleet for Uganda Airlines, the flag carrier liquidated in 2001 but which the state is now keen on reviving.

A source familiar with the ongoing procurement process told 256BN that although the bidders were offering interests rates below 2pc per annum, they wanted Uganda government sovereign bonds as security for the loans rather than the aircraft that were being purchased.

“This immediately triggered the alarms and indeed, further scrutiny by the Financial Intelligence Authority established that this money was not entirely clean,” said a source.

Uganda has been shopping for alternative sources of funding for the purchase of four Bombardier regional jets, after Export Development Canada EDC, retreated from an earlier commitment to fund the acquisitions.

According to public statements by government officials, Kampala is targeting an April 2019 start of commercial operations for the revamped flag carrier that is also separately negotiating for the purchase of two Airbus A330-800 neo’s for the long distance fleet.

Sources say negotiations are ongoing with Afrexim bank among others for a line of credit to help the carrier relaunch. The project team and officials from the finance ministry and the National Planning Authority were reviewing the terms sheets accompanying the alternative offer but this money is said to be coming at a premium slightly higher than the 3.5pc that EDC was offering.

Mr. Sydney Asubo, the executive director of the Financial Intelligence Authority said he was not available to discuss these reports in detail.

Mr. Keith Muhakanizi, the PS/ST whichever way, Kampala was determined to have a national carrier and the project would proceed regardless.