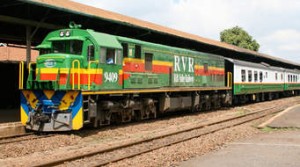 May 11, 2017- Uganda Railways Corporation and troubled Kenya-Uganda railway concessionaire Rift Valley Railways are blaming each other for a delay in commencement of arbitration proceedings ordered in February by the Commercial Court.

Referring this news site to the Attorney General’s chambers, Uganda Railways MD, Engineer Charles Kateba said that they had not received any notice of appointment of arbitrators from RVR.

“You have been misled by URC. RVRU has definitely filed a new arbitration end of January this year. URC and GOU have been dragging their feet in nominating their arbitrator,” he said in response to our inquiries .

He declined to divulge further details citing legal constraints. Officials at the Attorney General’s chambers were not immediately available to provide more detail.

According to independent experts however, the delay on the Ugandan side could be the due to financial constraints. According to an expert who requested anonymity, it is a standard practice that a sum of money commensurate with a predetermined ratio of the dispute at hand must be deposited with the arbitrator before commencement of proceedings.

“That value could come to a couple of million dollars in this case. I don’t see treasury easily releasing that kind of money under the present financial circumstances of the treasury,” he said.

URC was claiming $29.4 million in economic depreciation on the considered asset account and $8.4 million in outstanding concession fees. RVR disputes these numbers but details were not immediately available to 256BN.

RVR had managed to fend off URC through successive injunctions but the Commercial Court withdrew the last temporary injunction on March 5 and ordered the parties to go into arbitration. Arbitration proceedings were supposed to commence on March 15.