July 6—The Stanbic Bank Purchase Managers Index (PMI) for June rose to 52.8 from 51.0 in May indicating operating conditions in Uganda improved over the past month on the back of renewed local demand which led to an increase in output, new orders, employment and the purchase of new stocks.

In comparison, Kenya’s Markit Stanbic Bank Purchasing Managers Index fell further in June, from 49.9 in May to 47.3, reflecting concerns about the upcoming General Elections as consumer demand has slowed. The latest reading is the second lowest since the survey was started in January 2014. 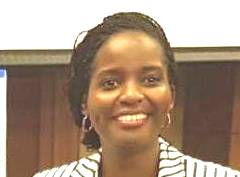 Releasing the latest Ugandan result in mid-week, Anne Juuko, the bank’s Head of Global Markets said, “The headline seasonally adjusted PMI posted a respectable 52.8 in June up from 51.0 in May indicating a further improvement in private sector business conditions for the fifth time in as many months.”

She said, “The upward trajectory of two of the private sector monitored categories namely Industry and Services performed so well they more than offset the worsening of the overall operating conditions in the remaining sectors.”

The Stanbic PMI is based on data compiled from monthly replies to questionnaires sent to purchasing executives in approximately 400 private sector companies, which have been carefully selected to accurately represent the true structure of the Ugandan economy, including agriculture, industry, construction, services and wholesale and retail.

Jibran Qureishi, the Regional Economist East Africa at Stanbic Bank said the recent trend has also been helped by Bank of Uganda reducing the base rate which now is at 10% from 11% in April, “The private sector continues to recover supported by the easing of the monetary policy stance for the better part of the last year or so. We suspect as inflationary pressures have subsided somewhat over the past couple of months; the MPC may still cut its key benchmark rate at its next meeting in August. However, that could possibly be the last rate cut of the year.”

“This being said, as economic activity improves in the second half of the year, imports may rise and put pressure on the exchange rate which could subsequently raise costs for firms,” Qureishi said.

Ugandan firms generally faced higher cost pressures which were driven by operational costs such as utility bills, staff costs and higher purchasing prices. Sugar, raw materials and food items were all reported to be up in price. All five sub-sectors monitored by the survey raised output charges, as they passed on higher cost burdens to customers.

According to the World Bank Group cost of doing business survey for 2016, high overhead costs remain one of the major threats to private sector led growth in the country and are one of the primary factors making credit expensive.

Responding to the upward trend in new orders Juuko said, “The Ugandan private sector observed a renewed rise in purchasing activity during June, following a fall in May. Subsequently, stocks of inputs held by firms rose for the thirteenth successive month.”