September 6, 2018 in Business, Markets by Editor

September 06,2018 – Although the motoring public may find it difficult to believe because of the […]

September 06,2018 – Although the motoring public may find it difficult to believe because of the pinch they feel in their pockets, Uganda has some of the lowest pump prices for automotive fuels in Sub-Saharan Africa.

According to the CITAC North and Sub-Saharan Africa Oil Market Report for March and April 2018, that 256BN, has seen, the country had the lowest price for diesel in East Africa for the period under review and the third lowest for petrol while Rwanda had the highest for both fuels. 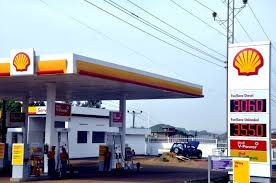 At $1.02 per litre, Tanzania had the lowest price for petrol followed by Kenya at $1.05 and Uganda at $1.08. Rwanda comes last at $1.22 per litre. In an indication of the different pricing strategies for the different countries in East Africa, Uganda offers the lowest price for diesel at $0.94. This compares with Kenya’s $0.96, Tanzania 0.97 and Rwanda $1.20 for a litre of diesel.

256BN has been told while the lower price for diesel is largely a reflection of the combination of the commercial fleet in a particular country and the desire by governments to avoid the inflationary pressures higher prices for the fuel would inject into the economy. On the other Rwanda, which because of its double-landlocked  status is exposed to a high unit cost for either fuel, blending the prices of both types helps the country to arrive at a manageable pump price for both types. Indeed until recently, both diesel and petrol attracted a uniform pump price in Rwanda.

Despite being maritime countries with international coastlines, South Africa and the Democratic Republic of Congo tied at $1.17 per litre – significantly higher than prices in Uganda, Kenya and Tanzania.