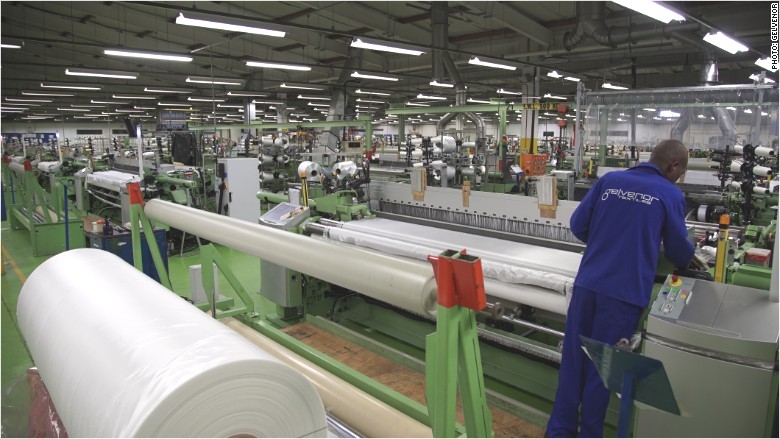 Latest findings show both output and new orders continued to rise in July, extending the respective periods of expansion to 30 months.

August 4—Uganda’s private sector saw further growth in production, new orders and higher employment according to the latest Stanbic Purchase Managers Index (PMI) with some businesses expressing confidence that this situation could continue throughout the year.

The Stanbic PMI for July nudged up higher to 58.2 from 57.8 in June. Improving business conditions were seen across agriculture, construction, industry, services and wholesale & retail sectors. Uganda has yet to record a reading below the 50.0 threshold and the economy is projected to recover from a GDP growth rate of  just below four percent in 2017 to above six percent for financial year 2019/20.

The monthly survey, which began in June 2016, involves interviews with some 400 respondents in the private sector and is sponsored by Stanbic Bank and produced by IHS Markit.

Benoni Okwenje, Fixed Income Manager at Stanbic Bank said today, “For the second month in a row, the PMI rose to a survey record high of 58.2 in July, backed by a continued pick up in private sector activity. This is consistent with the macroeconomic environment that reflects annual private sector credit growing to 15.1% in Quarter 2 2019.”

Business sentiment remained positive in July, with 79% of respondents predicting an increase in output over the coming year. Some firms plan to expand operations over the next 12 months, while predictions of higher new orders and ongoing advertising efforts also supported confidence at the start of the third quarter.

Okwenje said, “Companies across different sectors have been forced to expand in order to meet rising demand. Despite higher input costs, the rise in new orders has supported overall output. With business sentiment remaining positive, we suspect this trend will carry through for the most part of the year.”

According to the report findings, both output and new orders continued to rise in July, extending the respective periods of expansion to 30 months. According to respondents, good quality products and customer recommendations had helped support growth of new orders, while various advertising campaigns were also a factor behind the rise in activity.

The report notes that rising workloads encouraged companies to increase staffing levels again in July. Efforts to keep on top of orders were generally successful, as shown by a further reduction in backlogs of work. Purchasing activity also rose in line with improving client demand, feeding through to an increase in inventories.

“Ugandan companies recorded a rise in overall input prices, with purchase prices, staff costs and electricity bills all reportedly contributing to inflation. With input costs rising, and customer demand improving, firms were able to raise their selling prices again in July. Higher charges have been recorded throughout the 38-month survey history so far,” the report states in part.

The monthly survey the latest analysis of data collected from the monthly survey of business conditions in the Ugandan private sector. The survey, sponsored by Stanbic Bank and produced by IHS Markit, has been conducted since June 2016 and covers the agriculture, industry, construction, wholesale & retail and service sectors.

The headline figure derived from the survey is the Purchasing Managers’ Index which provides an early indication of operating conditions in Uganda. The PMI is a composite index, calculated as a weighted average of five individual sub-components: New Orders (30%), Output (25%), Employment (20%), Suppliers, Delivery Times (15%) and Stocks of Purchases (10%).

Readings above 50.0 signal an improvement in business conditions on the previous month, while readings below 50.0 reflect a deterioration.