Uganda plans to step up tea research with $1m 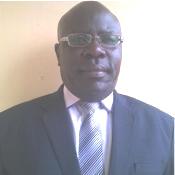 Dr. Kajobe said the money will go into building modern laboratories at Rwebitaba.

Dr. Robert Kajobe, the Director of the Rwebitaba Zonal Agricultural Research and Development Institute in Kabarole District, western Uganda told 256BN, “Yes the Ministry of Agriculture, Animal Industries and Fisheries approached the Ministry of Finance to source for special funds to support research in the tea sector.”

He said, “The good news is that money has been sourced and as an Institute we are receiving about UGX4 billion to finance infrastructure development at the Institute and also cater for scientific research projects which the Institute will be conducting.”

Uganda’s tea growing areas are found in the highlands in the west of the country where the Institute is located. Dr. Kajobe said the money will be spent on the construction of modern laboratories at the Institute and increase the area coverage for tea research and also recruit research scientists.

He said tea research in Uganda has been lagging behind compared to other crops in the agriculture sector yet quality tea is in high demand on the international market. He said the UGX4 billion will solve some of the scientific challenges which the tea sector has been experiencing.

“Like in other crop sectors where scientists have developed new varieties raging from high yielding ones, resistant to drought and diseases, the tea sector also needs such varieties. As scientists, we shall be developing  high yielding tea clones and this will boost the sector,” he said.

Dr. Kajobe said to date, scientists at the Institute had developed 273 tea clones of which farmers are not aware of and 10 of these clones are of high yields and disease-resistant.

“As tea farmer, we have been basing on the researches being conducted at the Tea Research Institute, Kericho, Kenya but this has many challenges to farmers, because the soils where we are growing our tea is different from that of Kenya. But if our own scientists do the research here in Uganda then we shall have access to the quality information” Moses Ainobyona, a tea farmer from Kanungu told 256BN.