October 23, 2018—Like Uganda, Egypt has considerable oil and gas deposits writes Ghada Hammouda (pictured). But unlike […] 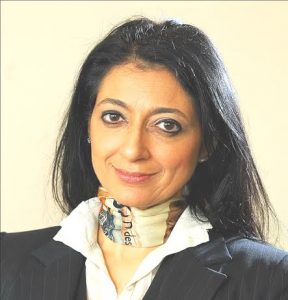 But unlike Uganda, the Egyptians, with a mix of government intervention and increasing private money, have been exploring, developing and drilling their reserves for well over a century.

Today, the North African country produces about 500,000 barrels a day and has the sixth largest proven oil reserves on the continent. Next year, a new $4.3 billion refinery is to be unveiled which will reduce imports of both diesel and jet fuel by almost a half.

In its ninth edition of the annual Economic Update, the World Bank suggested that public–private partnerships (PPP) possess the potential to help Uganda raise the money it needs to fund investment in major infrastructure. This is crucial for establishing its middle-income status in the foreseeable future.

Although Uganda has to date verified reserves of 6.5 billion barrels, between 1.5 billion and two billion barrels is now available, meaning an estimated peak production of 200,000 barrels per day.

However, exploiting these finds will require huge sums of money because the country is starting from scratch.

Published in July 2017, the World Bank report highlights PPPs potential to mobilize private capital to bridge the gap in financing, something which would also help tackle poverty and improve the lives of Ugandans.

In light of the fact that the oil and gas sector is very capital-intensive, earlier this year, the government signed a project framework agreement with the Albertine Graben Refinery Consortium (AGRC) for construction of a $4 billion oil refinery in western Uganda. Initial processing capacity would be 60,000 barrels a day.

Traditionally, says the World Bank, governments have been the main provider of public infrastructure and other public goods. Budgetary constraints, however, have made alternative options for financing necessary to supplement government resources. Experience shows that the private sector can successfully finance and manage investment in public infrastructure efficiently and profitably to supplement government-led public spending.

But according to Maude Vallée, a Principal Legal Counsel at the African Legal Support Facility and who provide advice on PPPs across Africa, the law must be clear cut. If not, businesspeople will shun joint-ventures with governments, because the risks are higher when you cannot be sure relevant contracts will be enforced.

Vallée says, “A quality PPP legal framework will not only help identify successful projects, but it will guide those projects effectively and transparently towards closure, all the while ensuring development goals are met and investors are satisfied.”

This is a vital factor if the estimated $12 billion needed to develop the sector is to flow in with a gush rather than a trickle as international oil prices topped $80 recently compared to $44 two years ago.

In Egypt, where the oil and gas sector is littered with numerous PPPs, $10 billion is expected to be spent on the industry in financial year 2018/19. Much of this money is coming from private investors like Qalaa Holdings.

About six years ago, this Cairo-based equity firm (which also has infrastructure projects in other African countries) decided to take the lead in developing the Egyptian Refining Company (ERC) and construction of a new $4.3 billion refinery.

Qalaa and its partners, which include the Egyptian government, see the refinery as a crucial import substitution project that will bolster energy security and provide environmentally friendly fuel for economic growth.

In June 2012, ERC reached financial close on the equity and debt components of project financing. Involved with Qalaa in this venture, are leading Gulf and international investors, global export credit agencies and multilateral financiers like the International Finance Corporation of the World Bank Group.

Construction began in 2014. ERC will convert lowest value fuel oil into middle and light varieties that will meet domestic consumption needs and eliminate 93,000 tons of Egypt’s annual sulfur emissions, almost one third of the country’s total.

Successful projects like ERC and the liberalisation of the energy sector in Egypt as a whole, is opening up new opportunities for private sector investments that were once off-limits. And it is also helping position Egypt as a regional energy hub. Many of the lessons learned in the Egyptian experience can be applied to Uganda.