May 15, 2019 in Business, Investment, Land & Agriculture, Travel & Tourism by Editor 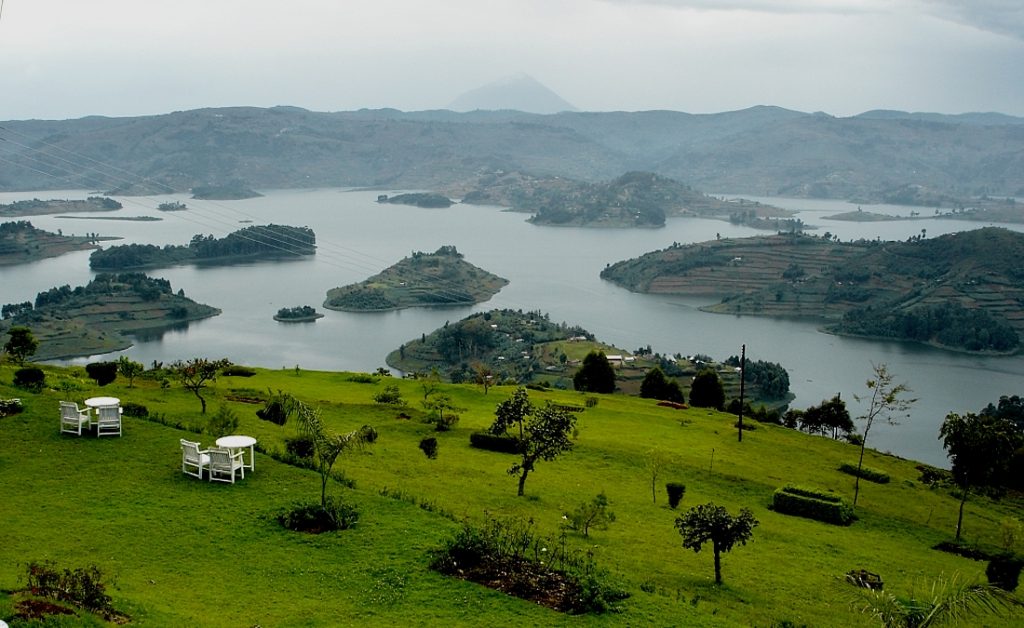 Parts of the spectacular background scenery in the 2018 one-billion dollar blockbuster movie, ‘Black Panther’ were filmed in Uganda.

May 15—Uganda’s picturesque landscape and other natural features are being marketed as ideal locations at this year’s Cannes Film Festival currently underway in France. Parts of the spectacular background scenery in the 2018 one-billion dollar blockbuster movie, Black Panther, were filmed in Uganda.

Lilly Ajarova, the Chief Executive Officer at the Uganda Tourism Board (UTB) said  Uganda has in recent years has received more attention given its beautiful landscape and ideal weather.

“Uganda is an ideal filming destination given its beautiful scenery. We have the best filming locations and with a good road network across the country, filmmakers looking to come to Uganda will be pleasantly surprised to find a ready-made set for them,” she said. The Festival opened on Tuesday with the usual glitz and glamour as actors directors and producers took to the red carpet.

Besides being a much loved playground for the wealthy, the French coastal city of Cannes, also hosts this annual festival that previews new films of all genres, including documentaries from all around the world.

Founded in 1946, the invitation-only event is held annually usually in May. It is one of the ‘Big Three’ alongside the Venice Fiom Festival and Berlin International Film Festival. It ends on May 22 usually after several multi-million dollar deals have been signed and sealed.

For first time, an African Pavilion has been erected and is expected to be a beehive of activity as it opens for film business and monetization of content from the African continent and its diaspora.

Running under the theme, ‘Connecting the Past, Present and Future’; the African Pavillon packs a full schedule with a mix of private and public sector roundtables, discussions on film financing and content distribution, a series of country produced destination seminars, celebrity-hosted panels, leadership workshops, film screenings and more.

Godfrey Mutabazi, the Executive Director at Uganda Communications Commission said, “Uganda is creating a unique venue for its local film trade and promotion that outlines the diversity and plurality of Uganda at the international level in television content.”

Not surprisingly, the United States holds top position as the having the most popular filming locations in the world. However Iceland, the Republic of Ireland and some eastern European countries have become notable, partly due to favourable tax policies. On the other hand, use of Computer Generated Imagery (CGI), means film production does not need to be done in the open.

Among Uganda’s independent film makers attending the festival are Nisha Kalema, Malcolm Bigyemano and Sharpe Ssewali George. Oscar nominated Director and Founder of Maisha Film Lab, Mira Nair said the event is a great opportunity for the Ugandan film industry to tap into a global network of professionals who will enable the country harness her film potential.

The Director of Mississippi Masala, which was partly filmed in Uganda nearly 30 years ago said, “The Ugandan film industry has been on an upward trajectory given its unique storytelling tradition. The Cannes Festival therefore presents an enormous opportunity for knowledge sharing as well as establishing contacts with people who can help our industry grow more.”

Pavillon Afrique will be the first tent within the Film Market section of the Cannes Film Festival dedicated exclusively to the business of Film in the African continent and among its diaspora.

All over the world, the film industry provides vast employment opportunities. In Uganda, the industry has in recent years gained some prominence. The country now targets to gazette film shooting districts and centres of excellence across the country that will provide affordable production services in the next five years.