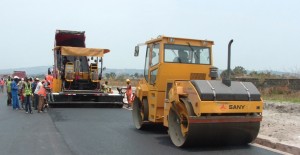 For every dollar invested in Uganda’s
capital infrastructure, only seven-tenths of a dollar has been generated.

March 7—The Uganda government loses up to half of the money allocated to various infrastructure projects due to questionable public investment management.

According to recent research carried out by Joseph Mawejje and Ezra Munyambonera in their paper Financing Infrastructure Development in Uganda, these challenges lead to delays and delivery of sub-standard works.

‘When projects are delivered, provisions for operations and maintenance are often neglected, leading to faster depreciation. Another challenge affecting public investment management is the lack of coordination between the different agencies and local governments,’ the duo write in their 36-page paper.

The authors, who are both based at the Economic Policy Research Centre (EPRC) at Makerere University say, ‘The costs of these inefficiencies are huge, and eliminating them could easily double the stock of delivered infrastructure for the same cost. We propose reforms to improve capacity for public investment management’.

‘In addition, we propose carefully crafted land reforms that would allow government compulsory land acquisition, but ensure that any rightful owners are fairly and expeditiously compensated and/or resettled. This arrangement would circumvent the current challenges with respect to compensation for land and property’, they write.

Founded in 1993, the EPRC is a widely respected and independent policy think tank in Uganda. It is known for providing research-based evidence and policy analysis to support the formulation, implementation, monitoring and evaluation of the country’s government policies.

The government is presently involved with several high profile, multi-billion dollar infrastructure projects, including the Kampala-Entebbe Expressway and the new Standard Gauge Railway, both contracted to Chinese firms. In each project, there have been controversies associated with costs and compensation payments.

Last year, the World Bank also expressed concerns about Uganda’s capacity to efficiently execute projects. In the Seventh Edition of the Uganda Economic Update, it was noted that a key risk to Uganda’s fiscal strategy relates to the potential for public investments to fail to yield the expected growth and welfare dividend.

Over the past decade, for every dollar invested in capital infrastructure, only seven-tenths of a dollar has been generated. This is far below countries that have successfully undergone structural transformation. As an example, every dollar invested in the development of the interstate highway network in the United States between 1954 and 2001, generated six dollars’ worth of economic activity. In other words, Uganda’s public investments are falling short of generating the desired economic return.

However the update added: ‘The good news is that by improving public investment management, Uganda can greatly increase her economic growth rate and social impact of her investment strategy’. 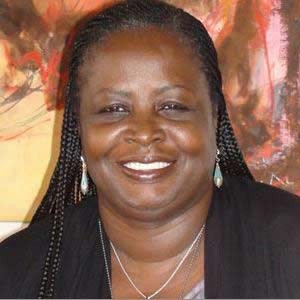 Gaye said if the country operated at a higher level of efficiency, annual growth could almost double.

In her foreword to the 2016 World Bank update, Diarietou Gaye, Country Director for Eritrea, Kenya, Rwanda and Uganda sad, “Our forecasts show that the Ugandan economy will be growing at an average rate of about six percent into the medium term. Yet, if the country operated at a higher level of efficiency, this growth rate could increase to almost 10% per annum, thereby allowing Ugandans to enjoy middle income status within the next five years.”

Mawejje and Munyambonera say estimates show that improving budget execution rates in the energy sector to 100% would result in a 78% increase in investment delivery. Likewise, a 26% increase would be obtained in the works and transport sector. These increments are large, and they do not require additional budgets (budget neutral). Discussions with stakeholders in the Ministry of Finance revealed that the government is aware of the public investment management challenges, and corrective reforms are underway.

Specifically, a project analysis and PPP department has been created in the Ministry of Finance Planning and Economic Development to attempt to address the issues relating to improving efficiency in the delivery
of public projects.

Another challenge facing public investments in Uganda’s infrastructure relates to the high unit costs relative to other countries comparable to Uganda. With reference to work done by Sir Paul Collier, the authors say evidence from other developing countries indicates that corruption is a major factor explaining unusually high unit costs. Therefore, the high unit costs observed for Uganda’s infrastructural procurement could be attributed to syndicated corruption and poor governance. A recent audit report by the Office of the Auditor General (2015) indicates that unit costs in the road sector are higher than the average costs in the region.

The unit cost for the Kampala-Entebbe expressway was $2.315 million per lane kilometre, whereas a similar expressway costs $1.204 million per lane kilometre. Furthermore, a cost comparison was made using experience in the East African region, in which costs for constructing a two-lane highway with similar pavement structure range between $800,000 to  $900,000 per km. Adjustments to this figure consider that the four lanes and other infrastructure would amount to $4.140 million per km, less than half of the cost of the Kampala-Entebbe Expressway, which is $9.261 million per Km.

According to the paper published in February, another driver of project unit costs that could enlist large savings is related to land compensations to secure right of way for infrastructure developments. In many instances, disagreements over land valuations results in projects delays. In certain instances, connivance between landowners and government bureaucrats results in unfairly high compensations that lead to loss of revenues.

Overcoming such challenges requires carefully crafted land reforms that consider the complex social and cultural aspects, would allow government compulsory land acquisition, but would ensure that any rightful owners are fairly
and expeditiously compensated and/or resettled. This approach would require the establishment of efficient and fair legal and institutional frameworks for implementing these reforms. To ensure transparency, the government should also develop a database that is updated regularly – perhaps twice yearly – upon which land valuations are based.