October 18, 2018—Kenya has been ranked the most competitive national economy among the East African Community […] 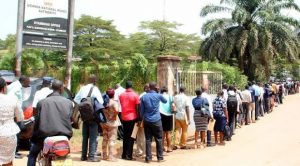 High numbers of both underemployment and unemployment probably contributed to the relatively good score for labour market.

October 18, 2018—Kenya has been ranked the most competitive national economy among the East African Community member states followed by Rwanda, Tanzania, Uganda and Burundi. South Sudan which has been beset by several years of insecurity is not listed in the 2018 Global Competitiveness Report.

For first time since 2008, the United States was placed at number one with 140 countries ranked and Chad at the bottom of the rankings.

Mauritius is Africa’s best performer at 49th while South Africa is placed at 67th but Nigeria, the continent’s biggest economy, is listed at 115th, below Botswana (90).

Thierry Geiger, Head, Research and Regional Impact, Future of Economic Progress at the World Economic Forum, said on early this week, “Productivity is the single most important driver of growth in 2018. With the Fourth Industrial Revolution in full swing, there is a need to rethink the drivers of competitiveness and therefore of long-term growth.”

He said, “Those new drivers include adaptability and agility of all stakeholders, including the governments. To what extent are they able to embrace change and adapt to change and upgrade their economies?” 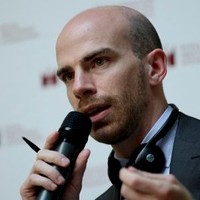 Geiger said early this week competitiveness is not only associated with higher incomes.

Uganda received it highest rating at 63rd out of 140 for a flexible labour market and 93rd for macroeconomic stability. But at 126, Uganda ranked relatively low for ICT adoption and health (122nd). Ugandans’ business dynamism is judged at 82 in the world compared to Kenyans at 63rd and Rwandans who rank 60th while Tanzanians are at 102.

The Global Competitiveness Index 4.0 (4IR) annually published by the Geneva-based World Economic Forum, assesses the microeconomic and macroeconomic foundations of national competitiveness, which is defined as the set of institutions, policies, and factors that determine the level of productivity of a country.

Geiger said competitiveness is not only associated with higher incomes, but also better socioeconomic outcomes, including life satisfaction.

After its first annual assessment of the global economy, the Forum’s 2018 report uses new methodology to understand the full impact of the 4IR, and finds factors including human capital, agility, resilience, openness and innovation becoming increasingly important.

The new index measures 140 economies against 98 indicators, organized into 12 ‘pillars’ or drivers of productivity, to determine how close the economy is to the ideal state or ‘frontier’ of competitiveness.

The US topped the rankings, being ‘closest to the competitiveness frontier’, with Singapore, Germany, Switzerland and Japan, completing the top five. At the other end of the scale, Haiti, Yemen and Chad were found to be the least competitive economies.