October 19—Uganda is among seven other countries, that the African Development Bank (AfDB) has chosen to […] 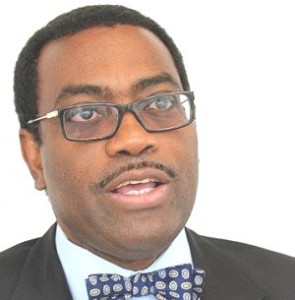 October 19—Uganda is among seven other countries, that the African Development Bank (AfDB) has chosen to showcase in a $24 billion 10 year project, to lift the profile of agriculture with a component that includes pulling in a younger generation of farmers.

“Africa’s next billionaires are not going to come from oil, gas, or the extractives. ENABLE Youth is about investing in small agribusinesses today so that they can grow into large enterprises tomorrow,” Akinwumi Adesina, the AfDB President said this week at the Borlaug Dialogue International Symposium in Des Moines, Iowa in the United States.

Some two million hectares is to be found across the Central African Republic, the Democratic Republic of Congo, Ghana, Guinea, Kenya, Mozambique and Zambia to implement the initial stages of the project. Few if any African country has managed to stick to the 2010 Maputo Declaration that bound governments to allocate 10% of the national budget to agriculture development. Several African countries remain net importers of food.

Plans are to invest in an extensive cultivation of maize, soybean and livestock production under the Transformation of the African Savannah Initiatives (TASI) to help unlock the potential of the Savannas of Africa.

“Success in this endeavour requires that we wake up the savannas of Africa. When we do so, African agriculture will indeed rise up from its slumber. Let’s wake up Africa’s savannas and turn them into the new wealth zones of Africa and unleash Africa as a global powerhouse in food,” Adesina said.

Adesina said there was need for supportive public policies and significant investments in infrastructure, especially for roads, irrigation, storage, warehousing and agro-processing.

He said that AfDB would provide support to strengthen African agricultural research and development systems to play significant roles in the transformation processes.

“Valuable research must meet the needs of farmers and agri-businesses in ways that exponentially increase productivity and improve the quality of lives of our rural poor. Africa must learn from the experiences that have worked elsewhere while tailoring the interventions to the specific realities of Africa.

Through the ENABLE Youth program, the AfDB and its partners are empowering youth at each stage of the agribusiness value chain with plans to train 10,000 agriculture entrepreneurs, or ‘agripreneurs’, in African countries, launching at least 300,000 enterprises and creating 1.5 million jobs over the next 5 years.

Africa has the world’s youngest population with 60% being under 35 years old. There are 420 million youth aged 15-35 and this segment of the population is expected to double to 840 million by 2040.  Adesina said the whole idea of connecting farms to markets, particularly rising urban and regional markets, is where Africa needs to plug in this bulging youth population.

“By empowering youth at each stage of the agribusiness value chain, we enable them to establish viable and profitable agribusinesses, jobs and better incomes for themselves and their communities,” he said.

“We must ensure that small, medium scale and large-scale commercial farmers co-exist in a way that allows opportunities for all. Partnerships in research and development will be crucial,” Adesina said.

AfDB has also consulted with the strongest possible organisations with proven track records in tropical agriculture from South America, including the Brazilian Research Corporation (EMBRAPA), the Agricultural Corporation of Brazil (CAMPO), and others.