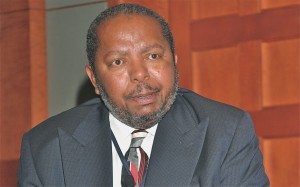 June12, 2018 – The Bank of Uganda has maintained its key rate at 9pc, as it hedges against a faster than anticipated acceleration of inflation.

Speaking this afternoon as the central bank released its Monetary Policy Statement for the June, Governor Tumusiime Mutebile said inflation was projected to rise faster than previously projected, but would remain within the 5 percent target over the next twelve months.

The Monetary Policy Committee had therefore decided to hold the Central Bank Rate at 9pc.

Mutebile also cited exchange rate depreciation and rising oil prices as downside risks to the economy. Pump prices have risen sharply over the past quarter, exerting inflationary pressures while the local unit has slid against the greenback as the economy corrected for rising demand for foreign goods against sluggish exports.