KAMPALA, MARCH 15- Almost two and half decades after it divested its business interests to the […] 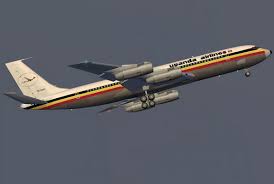 KAMPALA, MARCH 15- Almost two and half decades after it divested its business interests to the private sector, Uganda is moving back to active participation in business by investing in what officials describe as strategic but neglected sectors of the economy.

The Uganda Development Corporation UDC has lined up projects for investment in agro-industry, the transport, tourism, manufacturing and energy sectors with hot air balloons, a river cruise on the Albert  Nile, cement production Karamoja, iron ore conversion in Kabale, a Solar farm in northern Uganda and revival of the National Carrier high on the agenda.

The move, seen as a policy reversal of sorts by advocates of Breton Woods’ economics, gained momentum March 3, with parliament passing the Uganda Development Corporation Bill 2014 on its third reading.

According to Ms Pauline Among, a Senior Legal Officer at UDC who also speaks for the corporation, the law reestablishes the Uganda Development Corporation as a statutory Investment Agency of the Ugandan government to promote and facilitate the industrial and economic development of Uganda in partnership with the private sector.

“What has been achieved is a huge milestone not just for UDC but all prospective or existing enterprises that are going to be championed by UDC.  When we talk about investment however, it does not mean we are going to be investing in every area or field ably managed by the private sector but only that which the government and UDC consider strategic for purposes of driving national  development,” Among told 256BN.

According to Ms Among, priority will go to those projects that are not attractive to the private sector in the short term because of their long gestation period and high level of risk but yet carry a high strategic dividend for the economy.

Key among such projects is automotive manufacture which is being driven by the Kiira Motors Corporation on the technology end and UDC on the investment side. A joint venture in which UDC currently holds 96 percent of the stock and Makerere University the rest, Kiira is slated to put its first vehicles to the market in 2018. The company will begin taking pre-orders for the Kiira Smack hybrid sedan during the fourth quarter 2016 with a projected run of 350 units during the first year of production.

Other top of the line projects include a fruit processing factory whose construction  is near completion in Soroti with a similar plant planned for Luwero in central Uganda to provide an outlet for the abundant crop of pineapples in the Luwero triangle. The fruit processing plant in Soroti is being developed with assistance from the Korea International Cooperation Agency KOICA.

“UDC will play the role of strategic investor in these projects until they get to a point where they are attractive to the private sector, for some we may have to continue participating as the primary promoter for strategic reasons,” Among says .

In automotive manufacture for instance, UDC is already exploring partnerships with established automotive firms that have  expressed willingness to come in as partners.

“But besides Kiira or automotives, we are involved in infrastructure development. We hold 47 percent in Kalangala Infrastructure Services KIS where together with Infraco of the UK and the Industrial Development Corporation of South Africa, we have been able to deploy a reliable ferry service connecting the islands to the mainland. There was no reliable supply of electricity, piped water or motorable road but we were able to take all the four components together to address a challenge we think will have spinoffs for trade and tourism,” she adds.

As part of efforts to streamline and transform agricultural production in the 1990’s, Uganda introduced an agro-zoning programme under which particular regions would concentrate on commercial production of those crops that were best adapted to them. Soroti and eastern Uganda was tapped for commercial citrus production and farmers were given seedlings. While the farmers responded, the value chain was not complemented with a value addition component leaving farmers with a glut of ripe fruit.

The processing plant in Soroti and the one planned for Luwero will address that gap, potentially lifting producer incomes.

UDC is also partnering with the Kigezi Highland Tea Company to set up two tea processing factories in Kisoro and Kabale. UDC will contribute the equipment and machinery through lease finance while the private sector partner essentially runs the business. In northern Uganda, UDC is considering interventions in value addition to cotton and cassava. It is also looking at developing a large scale solar farm for electricity generation.

A big player in the hospitality sector until it was forced into divestiture in the 1990’s, UDC is now considering a return to the sector by sponsoring product diversification  with hot air balloons planned for the Queen Elizabeth and other National Parks and a river cruise mimicking the splendor of the iconic African Queen on the Albert Nile.

Among says plans to revive the National Carrier are also making steady progress.

“We have done our due diligence and environmental scan and have arrived at the general configuration of the carrier we want but there is still some work to be done on negotiations for route rights and securing equipment which requires us to give the manufacturers a lead time of atleast two years. There is lot going on and yes we are making progress,” she says.