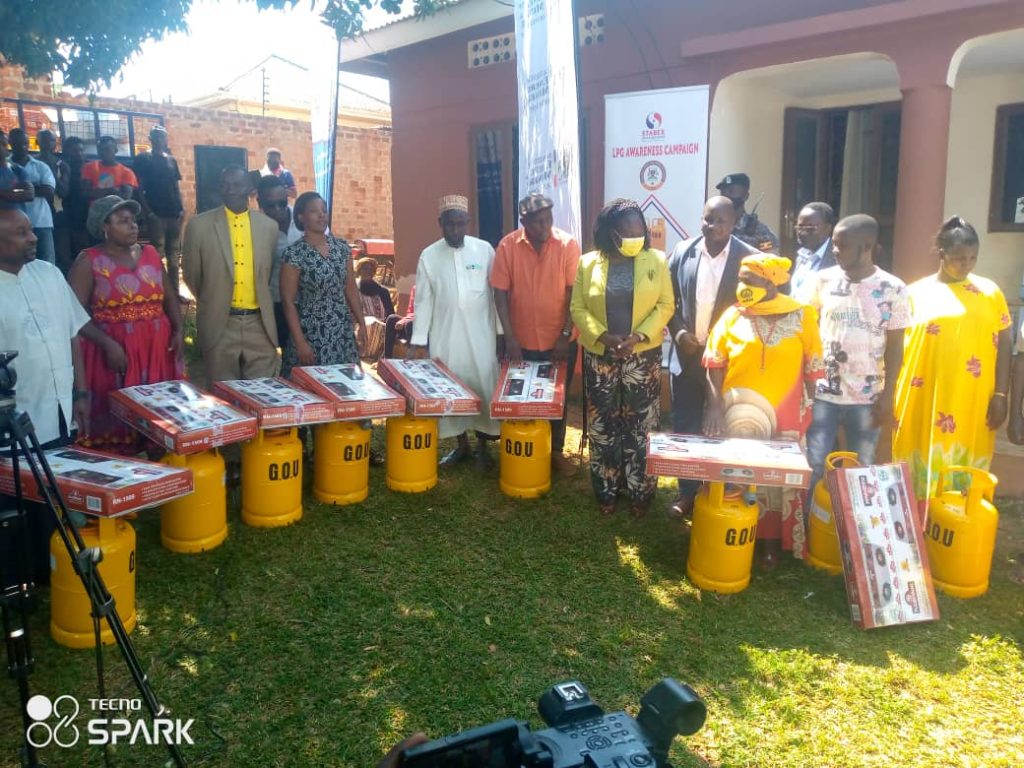 Uganda has embarked on an ambitious campaign to transition 20pc of households from using biomass for cooking to modern energy sources over the next five years, with the launch of a program to distribute free LPG cooking kits.

Only 0.8pc of Uganda’s estimated 10 million households use cooking gas, exposing millions of people to risk of contracting respiratory complications while also imposing a heavy burden on the country’s forestry.

Flagged off July 5 in Bugu Zone, Busabala in Wakiso district by Ms Ruth Nankabirwa, the minister for energy, the program rolled off with an initial one million LPG cylinders and gas stoves that will be given out free to interested households. Consumers will only pay for the gas at participating outlets run by oil marketers Shell, Total and Stabex.

“The world is evolving and we cannot expect to use charcoal or firewood in the modern housing units that are coming up. We need a mindset change in order to make the switch from traditional energy sources to modern and clean energy such as LPG,” Nankabirwa told an audience of local leaders, residents and representatives from the participating oil marketers.

She added that overreliance on biomass by more than 99pc of households for cooking, was exerting enormous pressure on the environment, resulting in the rapid loss of forest cover.

The government has committed UGX900 billion which besides paying for the gas kits, will also be used to set up the infrastructure for distributing LPG on a national scale and an awareness campaign to encourage the switch to LPG. Six regional LPG filling plants will be set up around the country to improve access to LPG.

Nankabirwa revealed that the massive rollout of LPG at this time, was also intended to create a critical mass of users of LPG, ahead of domestic production of LPG, which will start when commercial production of crude oil commences in June 2025.

“We are working to have first oil in 2025 and as you might be aware, there is 300,00 metric tons of natural gas that will be vented with the oil. We are not going to flare it, instead we shall pack it to help our people make the switch to modern energy sources,” Nankabirwa said, explaining that LPG would be particularly targeted at households that do not have access to electricity.

Studies by the ministry of energy between 2006and 2014, to establish constraints to use of LPG found that upfront costs of getting cylinders and burners, were a major barrier. The same study also found that 7million households used firewood for cooking while another 3million used charcoal. An insignificant number used electricity and LPG for cooking.

Under the third edition of its national development plan NDP111, Uganda aims to have20pc of households using modern energy sources by 2030. The one million cylinders that will be distributed over the coming weeks, will increase the number of households using cooking gas to eleven percent.

Although the global West is pushing for the complete elimination of fossil fuels, Nankabirwa argued that it could become a new source of global inequality because Uganda and many other African countries, were just embarking on the transition from biomass, to LPG.