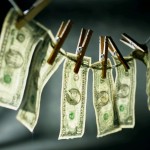 Legislators have been debating the clout of the Executive Director.

March 16–A suggestion that the powers of Board of Directors at the Uganda Financial Intelligence Authority (FIA) be trimmed to increase the clout of the Executive Director in the Anti-Money Laundering Amendment Bill (2016) is facing resistance as legislators begin to draft changes to block loopholes in the previous law.

Currently Uganda is on the Grey List of the Financial Action Task Force (FATF), a G-7 creation to curb worldwide ‘dirty money’ transactions associated with illegal activities. Others on the list are Afghanistan, Iraq, Syria and Yemen. Guyana exited in January while Kenya and Tanzania were removed in 2014 after strengthening their laws.

Uganda was asked by several world and regional institutional bodies including the World Bank,the IMF and the East and Southern Africa Anti-money Laundering Group (ESAAMLG), to amend its laws on money laundering so as to meet prevailing international standards.

The Amendment Bill is now before parliament for its second reading. It seeks to address various issues that were left out in the Anti-Money Laundering Act, 2013 to ensure Uganda gets a sound legislative regime and best practice for the prohibition and prevention of money laundering and financing terrorism activities.

The Chairperson, Parliament’s Committee on Finance, Planning and Economic Development, Henry Ariganyira Musasizi, said the amendments came as result of a request by the World Bank and others for Uganda to tighten its relevant laws.

However he said the request to transfer some powers from the FIA Board to the Executive Director was put forward by (ESAAMLG). The argument is that currently the (FIA) Board has considerable powers rendering the Executive Director powerless on a day-today basis making it difficult to combat anti-money laundering.

The governments on the Grey List have provided written high-level political commitments to address the identified deficiencies. Authorities in these countries are deemed by the FATF as leaning towards doing the right thing, but implementation remains slow. Uganda is a jurisdiction associated to FATF by way of the Eastern and Southern Anti-Money Laundering Group (ESAAMLG).

Members of Parliament did not agree to this and the Deputy Speaker of Parliament Jacob Oulanyah said since it was only one group that was making such a request, a middle ground could be found.

The report provided a summary of the measures in place in Uganda as of the date of completion of the on-site the mission, February 23, 2005. After describing and analyzing those measures, it provides recommendations on how certain aspects of the system could be strengthened.

Musasizi said the World Bank in their report reiterated Anti-Money Laundering Act, 2013 did not capture recent development such as financing terrorism which rendered the act non-compliant. In the new amendments it is provided for the establishment of the Anti-money laundering intelligence committee among others.

Legislators were also not happy with the clause which seeks to transfer powers of the Financial Intelligence Authority such powers as to hire and fire employees to the Executive Director of the Authority, saying this would breed a domineering Executive Director whose powers would be difficult to check.