December 18—Moves in Uganda to amend the Constitution will not directly affect business, but can delay […]

December 18—Moves in Uganda to amend the Constitution will not directly affect business, but can delay passage of crucial legislation or issuing of policies relevant to more efficient business operations across the country. 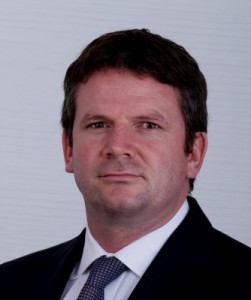 Heal said 2018 looks to be a promising year for East Africa if governments handle the relevant risks with care.

According to Control Risks, a specialist global risk consultancy based in London, ‘Despite the likely passage of a constitutional amendment removing the age limit for presidential candidates, these are unlikely to significantly harm businesses in the country but, factionalism in the ruling National Resistance Movement (NRM) will complicate policy-making and lead to bureaucratic delays for businesses’.

Control Risks markets itself as a company that helps to create secure, compliant and resilient organisations in an age of ever-changing risk. The company states that it can provide clients with the insight to focus resources and ensure they are prepared to resolve the issues and crises that occur in any ambitious global organisation.

In its latest assessment for the region, Control Risks states that the infrastructure boom in East Africa is set to continue in 2018. However, cross-border projects will depend on closer and more effective political cooperation between regional governments, raising political risk vulnerabilities. Increasing focus on local content will present a range of reputational risks for investors around third-party management, and land and community issues will require early and committed engagement from investors to avoid any major operational impact.

In Ethiopia, the government is likely to face further protests unless it seeks to broaden the political space and make some leadership changes. This will pose security risks for businesses in the regions of Amhara and Oromia, and in the border area between the latter and Somali regional state.

Daniel Heal, Control Risks’ Senior Partner for East Africa said, “2018 is set to be a promising year for Kenya and the East Africa region. We have started to see the recovery of investor confidence due to the return of political stability in Kenya, as well as renewed interest in major infrastructure projects both in Kenya and across the region. We expect this to continue throughout 2018.”

Kenya is emerging from a protracted presidential election process and seeing a return to political stability. Nonetheless, challenges will persist in 2018 for organisations operating in the country and East Africa more widely. High debt levels in Kenya and unpredictable policy-making in Tanzania are among the key risks for businesses operating in the region in the year ahead,

Heal said, “However, in Kenya, a pending repayment of the first portion of a Eurobond worth $774.8 million in 2018 should be a trigger for the government to refocus attention on controlling public borrowing and spending before debt becomes unmanageable.”

He said, “Kenya has a strong appetite for external borrowing and has remained politically intransigent about its downsides. While Kenya remains highly unlikely to default on its debt, growing interest payments and international banks’ shrinking appetite to provide further loans will result in lower public spending, which has been a key driver for economic growth in recent years.”

Control Risks believes countries in the region with a more diversified economic base such as Kenya and Ethiopia will keep sovereign risks at bay over the next year, and are unlikely to face a debt crisis in 2018. However, investors will have concerns about the sustainability of borrowing over the long term. Governments across the region will have to make significant improvements in public financial management, reduce public spending and demonstrate prudent oversight mechanisms to avoid negatively impacting the wider economy in the medium term.

On the other hand, unpredictable policy-making in Tanzania will continue to present major regulatory risks for international and regional investors. “President John Magufuli’s grip on power is tightening, and his authoritarian style and erratic approach to legislation will further damage investor confidence. He will continue to use nationalistic legislation in the extractives industry as a way of increasing government revenue and addressing fiscal restraints, presenting a range of regulatory and political risks for investors in the short-to-medium term,” Heal said.