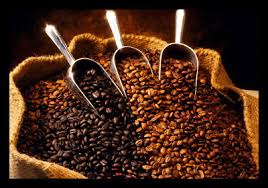 Uganda saw an 18pc surge in the volume of coffee exported in April 2020 over the comparable period for calendar 2019 fetching USD36.93 million in revenue, the Uganda Coffee Development Authority UCDA, says in its latest report.

Earnings increased 22.9pc on the back of higher volumes and better prices. Robusta’s accounted for the bulk of exports weighing in at 262,676 of the 359,973 60-kilo bags that were exported during the month.

The variety also fetched USD 22.55 million of the USD36.93 million in combined revenues from sales of Robusta and Arabica.

The UCDA attributed the growth in volumes to the maturity of newly planted trees and a drawdown on stocks held by exporters. The agency further says export performance was impacted by logistical challenges associated with the two month lockdown that authorities imposed to preclude rapid spread of the Covid-19 pandemic.

Italy was by far the largest export destination accounting for just over a quarter of the volumes followed by Germany 17.55pc. Sudan came in third with 54,220 bags representing 15.31pc. The other big markets were India which bought 37,902 bags followed by Spain and the United States at 28,414 bags and 26,069 bags respectively.