Home » Finance » Investment » Uganda cautioned on prudent use of loans

Uganda cautioned on prudent use of loans 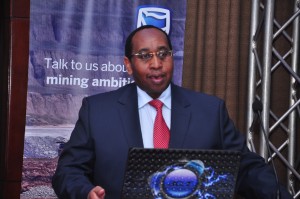 Dr. Mugume has never hidden his concern that there must be positive economic spin-offs derived from public investment.

April 12–A cross-section of economists have cautioned the Uganda government to only consider borrowing if the relevant loans are going to generate growth in the economy.

Foreign debt stood at about $10.3 billion mid-2016 which is about 35% of GDP. This level is considered manageable according to a finance ministry source speaking to 256BN. However there are worries over the quality of investments in some instances and the slow absorption capacity for several important projects which leads to costs over-runs.

Foreign debt in 2013 was just under $4 billion, but the government is currently involved in expensive infrastructure projects that are mostly being paid for by external borrowing. In the process China has quickly risen to become Uganda’s largest bilateral creditor, however Chinese authorities are always reticent in giving details of their bilateral arrangements.

“There is no problem in borrowing. The problem is what we have borrowed for? Have you borrowed the money and has it been used to generate economic activity? Have the economic activities generated growth in the economy?” Dr. Adam Mugume the Director of Research at Bank of Uganda said.

Earlier this year, in its report a visiting International Monetary Fund (IMF) team said over the medium-term, the government needs to ensure that scaled-up infrastructure investment yields the targeted increase in GDP growth to improve the lives of all citizens and maintain Uganda’s low risk of debt distress.

Fred Muhumuza, a Development Economist spoke of the ‘conceptualisation’ of the development agenda.“We need to borrow and invest wisely. There is no need to borrow on the basis of imagination, because once you mismatch plans and expenditure, then your debt becomes unsustainable” Muhumuza said.

They were speaking at a debt symposium organised by Uganda Debt Network under the theme ‘Debt and Development; key lessons for Uganda’.

Muhumuza said, “What are we financing and why? Uganda has borrowed money to construct industrial parks such as Namanve Industrial Park, but so far only Roofings, (a manufacturer of steel products), is operational and it is operating at a capacity of 55% why? Because aggregate demand is missing.”

He said, “Money was also borrowed for the oil roads on the assumption that oil would start flowing earlier, but it will not be the case.  If we continue borrowing under assumptions, we may end up in a junk state.”

Matia Kasaija, the Minister of Finance and Economic Development said borrowing is not a problem in itself especially if it is for a good cause. He said using external sources of financing is one of the National Development Plan strategies for reaching middle income status. 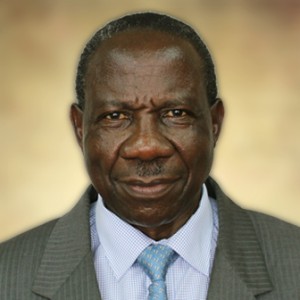 Kasaija said there is nothing wrong in borrowing as long as there is a debt repayment strategy in place.

He however called for prudent borrowing, having a relevant debt strategy in place. Kasaija also highlighted policies that guard against excessive debt to ensure prudent debt management.  “National debt and debt repayment affects all of us,” he said.

Julius Kapwepwe, the Director of Programmes at Uganda Debt Network said Uganda should evaluate itself to check whether all loans are for development. He said when well used, development aid is  good and if projects costs are comparable to those in other regions and are not inflated beyond their actual costs.

He said such circumstances worsens the situation for the economy and means Uganda has to pay back much more for the same project which would have cost less had prudent measures been taken.

In the mid-1990s, the Heavily Indebted Poor Countries Initiative (HIPC) was launched by the World Bank and the IMF as the first comprehensive effort to eliminate unsustainable debt in the world’s poorest, most heavily indebted countries. At the time Uganda’s debt was unsustainable, but mostly owed to multilateral financiers, like the World Bank and IMF. International goodwill enabled Uganda to be one of the first to benefit from the initiative.