March 14, 2018—Pressure is mounting on the government to reach a final decision or publish a […] 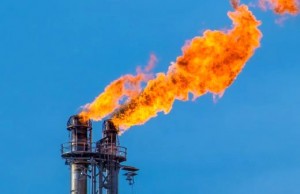 These days flaring associated gas, which is a by-product of oil production, is discouraged so it is used to generate electricity.

March 14, 2018—Pressure is mounting on the government to reach a final decision or publish a long awaited study about its plans for gas produced as a by-product of the production of crude oil.

Several firms have expressed interest to use this Associated Gas for electricity generation then later sell it to the Uganda Electricity Transmission Company Limited (UETCL). However, in July 2017,  energy minister, Eng. Irene Muloni, put a halt to everything by directing the regulator to stop accepting applications.

During early 2017, one of the front runners, Albatros Energy Uganda Limited sought permission from the Electricity Regulatory Authority (ERA) to modify its license to operate a 50 MW multi-fuel thermal power plant in Itara Village, Bugahya country, Hoima district. This was to take into account when initial production of oil would start. Before then, Lake Albert Infrastructure Services Limited, was already seeking $100 million financing for a 52MW plant based on a business model of buying excess associated gas from the Uganda National Oil Company or directly from the oil companies to produce power.

Uganda hopes to begin production by 2020 of its estimated 1.7 billion to two billion barrels of recoverable crude found in the western region of the country. However in the run-up, the government is caught in the middle of an increasingly fierce battle between oil companies and independent thermal power producers over the access and use of this gas.

Yet the government is also intent on pushing an oil and gas policy that supports  fair competition with a view of improving efficiency and  productivity in oil and gas operations in order to maximize returns to investors and society.

Associated gas can also be expensively processed into liquefied natural gas (LNG) or converted for use in petrochemical industry feedstock.

In February this year, China National Offshore Oil Company Uganda Limited (CNOOC Uganda) became the latest to place an application for a license from ERA to develop a 39MW to 41MW power station in Kyangwali sub-county, Hoima district. The Chinese plan to carry out a feasibility study.

Total E&P applied for a similar license in the middle of May last year to set up a 146 MW plant in Buliisa district to supply its proposed Central Processing  Facility and selling the surplus electricity to UETCL.

But critics say there is possibility that oil companies may charge high rates for the power and give UETCL no option but to pay up, because recent international environmental provisions discourage the flaring of associated gas. Re-injecting the gas into the ground is only a temporary measure and can adversely affect the crude deposits. But known technically as ‘Associated Petroleum Gas (APG)’ it can be used to drive thermal turbines.

Sources have told 256BN a number of top officials in the Ministry of Energy and Mineral Development (MEMD) are sympathetic to the oil companies, because the power sales can help subsidise the costs of their drilling operations. Secondly, the oil companies can also save on diesel costs by using associated gas for some production processes.

“There is a lot of lobbying going on about this thing, but what I can tell you is the Ministry is consulting with as many knowledgeable people as possible to get a fair outcome. A suggestion to have an invitation for tenders has already created some complaints, although this is the best way,” a MEMD official told 256BN in mid-week.

On the other hand all this goes against prevailing official policy since oil companies were not considered potential bidders or participants when the whole issue of associated gas plants first came up for discussion nearly five years ago.

At that time, two independent power producers, Lake Albert Infrastructure Services Limited and Albatros Energy were taking the lead in selling the idea to the government after completion of feasibility studies. Later Electromaxx and Jacobsen joined in, perhaps under the assumption this segment of the emerging oil and gas industry would be ring-fenced for them until Eng. Muloni’s unexpected directive last July.

Since last year no new applications were supposed to be considered until an MEMD study on the whole issue had been discussed and published. According to sources then, once this study is completed then through competitive bidding, an appropriate developer would be selected. The fate of this study remains unknown, but the CNOOC Uganda application to ERA has reopened speculations that the government is close to siding with the oil companies which may distort the general policy of ‘fair competition’.