August 17, 2018—Ugandans have been asked to stop buying various counterfeit products as one way to […]

August 17, 2018—Ugandans have been asked to stop buying various counterfeit products as one way to curb the trade in the country and protect themselves from the possible harmful effects of these fake goods, including packaged foodstuffs. Most the items found in Uganda originate from East Asia but some are also made locally. 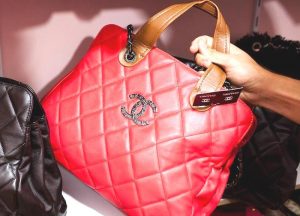 “All Ugandans must reject counterfeit goods if this fight is to be meaningfull. We must stop treating this counterfeit issue as a simple one and yet it’s a cancer that is eating up our society,” Patrick Bitature who chairs the Private Sector Foundation Uganda (PSFU) said on Thursday during the first CEO Structured Dialogue on Counterfeit. It was organised by the Anti-Counterfeit Network.

Dealers of counterfeit goods play on the gullibility of consumers and the need by many buyers to save money. Speaking as a panelist, Bitature told participants who included several representatives from the government and company managers said, “Counterfeits affects all of us. It affects the common Ugandan, the private sector, the government and the corporates. We cannot leave the fight against them to only government, this needs combined efforts.”

Fake items sold in Uganda range from battery cells, electronics, cosmetic products, automotive parts, clothing and pharmaceuticals. According to a report from Uganda National Bureau of Standards (UNBS) that was released recently, 54% of all goods on the Ugandan market are counterfeit, the number is even believed to be higher by the general public. On a wider scale across the continent,it is estimated that by 2022, the total value of counterfeit and pirated goods will reach $2.8 trillion, more than the GDP of Africa.

ACN Kenya executive director, Elema Halake, said although counterfeit products remain a global problem, there is need for specific countries to forge homegrown remedies. “Fighting counterfeits requires collaboration between the private and public sector. We all must work together to fight this vice,” he said.

The panelists identified some ways through which Ugandans can identify counterfeits, particularly being sold at  very low prices, mis-spelt brand names and trademarks, slightly different packaging from the original goods as well as checking the originality of the goods before they buy them. A major reason why some major manufacturers like Unilever scaled back their African operations was fighting the losing battle against fake imitations.

Legal expert, Fred Muwema, asked the government to put in place stringent and stronger punishment for offenders found to be involved in manufacturing, selling and distribution of fake goods. “If someone intentionally manufactures and sells fake motor equipment that lead to an accident that kills many people, that person should be prosecuted with murder or even terrorism. The laws that can break the counterfeit syndicate are in place, but are not being used by the right bodies,” he said.

Representatives from the Uganda National Bureau of Standards, Uganda Revenue Authority, the National Drug Authority, the private sector and members of the public made submissions on the effects and challenges involved with fighting distribution and sales of counterfeit items in Uganda.

At the end of the dialogue, the different partners resolved that there was need for Parliament to bring back and pass the Anti-Counterfeit Act that was thrown out due to lack of clarity. Participants agreed to intensify lobbying of all relevant authorities to push through tougher legislation.