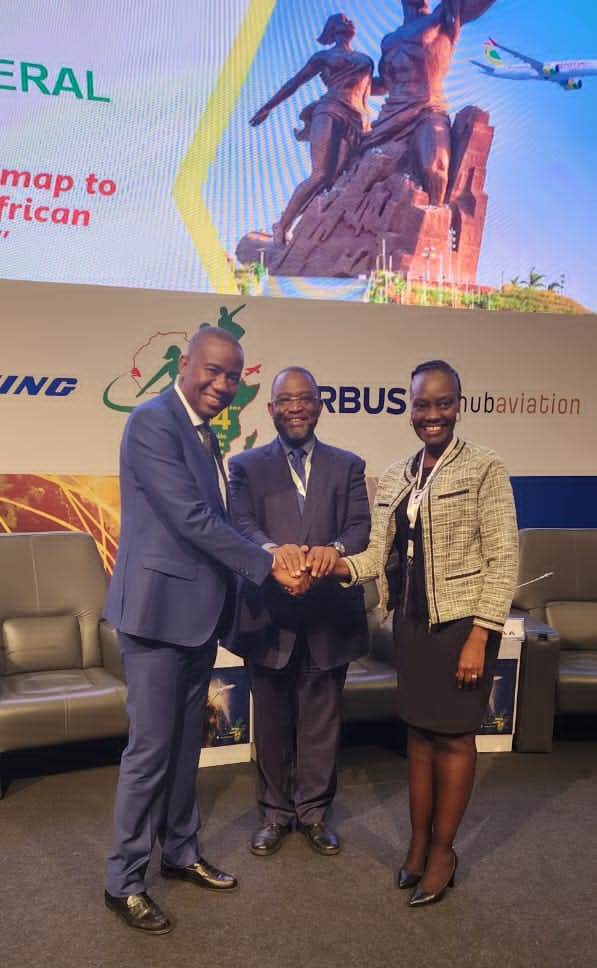 Uganda Airlines has been confirmed as hosts for the African Airlines Association AFRAA 55th AGM, propelling […]

Uganda Airlines has been confirmed as hosts for the African Airlines Association AFRAA 55th AGM, propelling the carrier chief executive Jenifer Bamuturaki, to the presidency of the 44-member airline grouping for one year.

The Ugandan flag carrier will host the event that is billed to attract 500 delegates, from November 19-21, 2023. The selection automatically put Bamuturaki at the apex of AFRAA, replacing Air Senegal chief executive Alioune Badara Fall, who hosted this year’s event. Relaunched in 2018, Uganda Airlines has a fleet of six aircraft operating to 11 destinations across Africa and the Middle East. 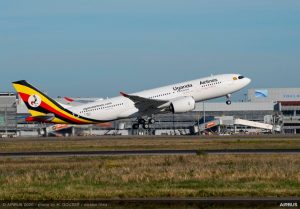 The election was the highlight of three days during which 456 delegates from 42 countries met in Dakar, Senegal, to reflect on the future of African aviation amidst a global drive towards sustainability and carbon-neutral growth.

Alioune Badara Fall, said that AFRAA’s ultimate goal was to see unimpeded connectivity across the continent, truly efficient carriers both operationally and financially, structurally competitive tariffs in order to offer African populations the ability to travel, meet and exchange much more easily through new routes and increased frequencies.

The meeting implored delegates from across the aviation value chain to commit to addressing the environmental impact of their operations with concrete actions and clear timelines. The Assembly further encouraged all AFRAA member airlines to continue improving their operations’ efficiency to achieve sustained in-sector emissions reductions and to support the transition to reliable, cost-competitive Sustainable Aviation Fuels (SAF).

AFRAA Secretary General Mr. Abdérahmane Berthé, called for coordinated efforts to support the industry’s recovery from the Covid-19 impacts and the transition to sustainability.

“As the aviation community, we must continue the ongoing joint efforts to support recovery and foster a sustainable and resilient air transport system in Africa.” Berthe said.

In his industry report, Berthe said that while the industry was recovering, Africa economic prospects remain uncertain with the Russia-Ukraine conflict representing a significant downside.

Relative to February 2020, African airlines have reopened most of their international routes, there have also been new route openings, particularly in West and North Africa. In November 2022, capacity deployed stood at 75.4pc of 2019 levels while traffic was 74.7pc.