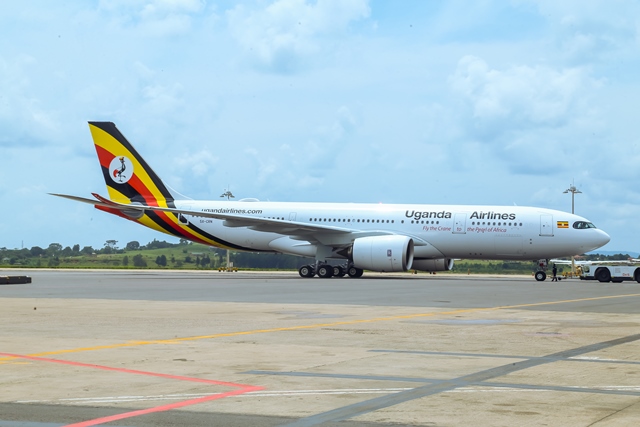 Flag carrier Uganda Airlines has signed up to Rolls-Royce TotalCare® engine programme for its two new Airbus A330neo aircraft that are powered by Rolls-Royce Trent 7000 engines.

Under the TotalCare® programme, rather than buy the engine, the operator pays a fixed charge for each hour that the engine flies. The fee covers the cost of operating and maintaining the engine, allowing the airline to focus on the business side of flying rather than worry about the engine’s availability. It also helps the airline avoid the high cost of stocking spare engines and associated inventory.

“We are proud to include our new Rolls-Royce powered Airbus A330neos into our fleet and this agreement will ensure that our Trent 7000 engines will be maintained to world-leading levels of service,” said Uganda Airlines chief executive Cornwell Muleya.

Uganda Airlines has two A330-800 neo’s in its fleet and is the first operator of the type in Africa. The aircraft are exclusively powered the Trent 7000, the the seventh iteration of the venerable Trent 700, which first went into service 25 years ago on the original A330. It has a 25pc fuel burn advantage over previous generation competitor aircraft and a significant noise reduction.

According to the engine maker, “TotalCare® offers more than just an engine maintenance plan; it is a service concept based upon predictability and reliability.  This agreement will give Uganda Airlines a secured cost of operating and maintaining their Trent 7000 engines, through a dollar-per-flying-hour payment mechanism, as well as enhanced aircraft availability as a result of our in-depth engine knowledge that only we can provide, drawing on advanced engine health monitoring and the inclusion of product durability and reliability improvements.”