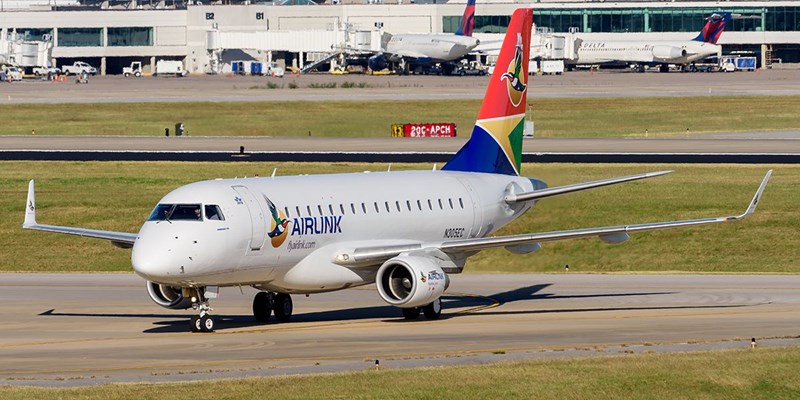 Uganda Airlines and South Africa’s Airlink are exploring the scope for cooperation on the Entebbe-Johannesburg route, […]

Uganda Airlines and South Africa’s Airlink are exploring the scope for cooperation on the Entebbe-Johannesburg route, as options for direct flights expand with the entry of the South African carrier. Airlink has announced the launch of a service to Entebbe starting July 19, bringing early competition for Uganda Airlines which began serving Johannesburg on May 31.

Uganda Airlines Commercial Director Roger Wamara, says although there is no conclusive deal at the moment, the two carriers are talking about how they can collaborate on the route.

“We seem to be complimenting each other on some days,” he said in response to questions about whether an interline would make sense under the seeming head-to-head competition between the two carriers.

During the nineties, when Uganda Airlines predecessor operated the route, there was complementarity with South African Airlines because both airlines had morning and afternoon departures in opposite directions. This gave travelers more practical choices and flexibility as opposed to Airlink’s schedule which will see passengers endure red eye arrivals and departures from Entebbe between 02.00 – 03.00 am.

Both UR and 4Z are obviously constrained by the need to align the route in such a way that it feeds into their respective regional networks, to generate transit traffic. Despite the odd hours, for the passenger, the competition from a direct service and the indirect options through Addis, Nairobi and Kigali, is likely to keep fares very competitive although that might be a different story for the carriers in terms of yields. For nearly twenty years, SAA was the only operator offering a direct routing to Johannesburg. This resulted in fares that averaged USD560 for the four houyr sector.

Airlink replaces SAA which suspended flights to Entebbe in February 2020.

Johannesburg was the sixth largest market out of Uganda with 56,000 point-to-point passengers in 2019. That potentially translates into a planeload of passengers in each direction daily for Uganda Airlines 76 seat CRJ-900.