April 5–There is some promising good news for former Ugandan suppliers of Kenyan mass retailer, Uchumi […] 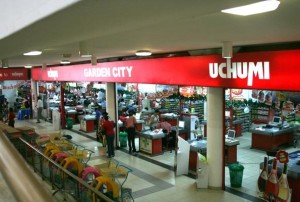 A return to Uganda is being planned, but this time the process will be more measured.

April 5–There is some promising good news for former Ugandan suppliers of Kenyan mass retailer, Uchumi Supermarkets, who left several million dollars in unpaid bills after pulling out of Uganda at the end of 2015.

It also fled Tanzania in similar circumstances after seeing little or no return on investment in five years of operations.

Speaking at the recent Annual General Meeting in Nairobi, CEO Julius Kipng’etich said half of the KES 1.2 billion (around $12 million) government bail-out money will go towards clearing their debts in Tanzania and Uganda.

The money is expected from Treasury before the end of April while management continues to search around for close to $50 million to reinvest in the company. The Kenya government has a 14.7% stake in Uchumi and this is not the first time it has bailed out the company. Currently, the Uchumi management is implementing a turnaround strategy intended to get the retailer back into black or at least stem further losses.

Kipng’etich said the retailer has plans to re-enter the Tanzania and Uganda, but in a more measured way.” Our strategy in the two markets was wrong. We took stores in bad locations and that is what affected operations,” he said, but he gave no details on the timetable for reopening in the two countries.

Late last year Kipng’etich said  the Uchumi outlets in Tanzania and Uganda made up less than 5% of their operations, but accounted for 25% of operating costs.