November 10, 2021 in Business, Companies by Editor 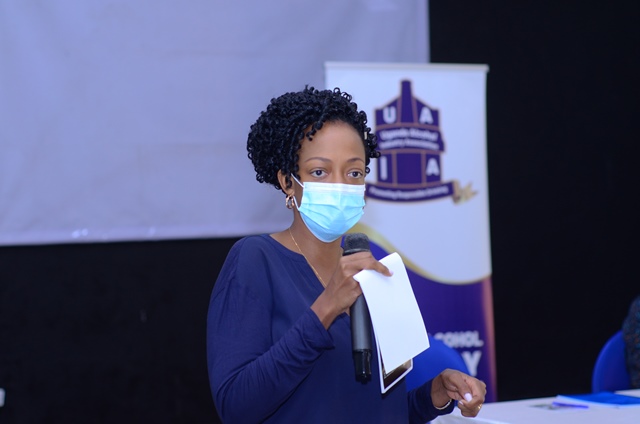 Juliana Kagwa, the corporate affairs director at Luzira based beverage maker Uganda Breweries, has been elected […]

Kagwa  takes the mantle  from Manish Kalla of Grays Uganda.Formerly the Secretary General of the alchol industry lobby, Kagwa was elevated to the new position during the last AGM of the association, held at  Kati Kati Restaurant. She joins Nile Breweries Limited’s Onapito Ekomoloit, who has retained his position as Chairperson in the executive suite. Srinivasa Reddy of Premier Distilleries, also retained his position as Treasurer.

UAIA is a club of registered and regulated producers of adult beverages in Uganda that seeks to align the interests of the manufacturers and promote the responsible consumption of alcoholic beverages.

The association recently unveiled a report on the illicit alcohol market in Uganda, which highlighted the social and economic impact of the continued proliferation of illicit alcohol on consumers.

Titled Understanding and Sizing Illicit Alcohol Consumption in Uganda, the report contains findings from research conducted in 2020 by Euromonitor International. Among others, it shows that; illicit alcohol makes up 65pc of the total market volume in Uganda; with consumption growing by 9pc in the past three years.

The report also found that the government loses approximately UGX 1.6 trillion in unrealized revenue  that is lost to unregulated production of alcholic beverages.