Turkish relieves KQ of B777 burden 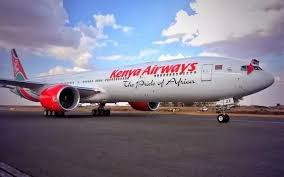 This move which which is expected to improve KQ’s cash-flow position follows the sale earlier of a pair of B777-200LR aircraft to US based Omni Air.

Information about the lease terms with the Turkish flag carrier was not immediately available but KQ is now left with another pair of 777-200’s for disposal. While this move potentially pulls the brakes on KQ long-haul expansion plans, it leaves the carrier in a more buoyant position with its mid to long-haul fleet now centred around a group of nine fuel-sipping B787-8 Dreamliners’.

Kenya Airways has faced a delicate period after it booked record $252 million loss for the 2014 trading year and the disposals are part of wider recovery efforts by one of Africa’s largest airline groups measured by both fleet and network size.